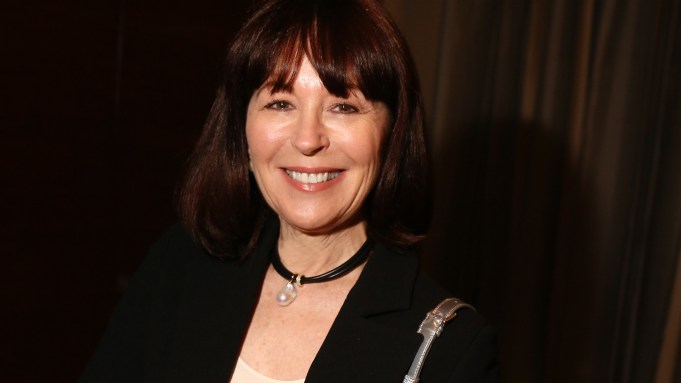 Beauty veteran and arguably South Dakota’s fanciest export, Pamela Baxter, has made it into The Fragrance Foundation’s Circle of Champions.

Ceremoniously, Baxter was roasted by longtime friends and colleagues as part of the induction process at the Park Hyatt in New York on Thursday.

The brief and semifactual glimpse into the former North American LVMH Group Christian Dior Couture president and chief executive officer’s life was a ride in its own right. The crowd, after learning about Baxter’s penchant for barrel racing (“the only thing they would allow a girl to participate in in the rodeo,” she explained) was treated to a slide show of Baxter’s childhood photographs, complete with cowboy boots and entitled “Pamela Baxter before she met the French,” by Parlux president Donald J. Loftus.

While the crowd and roasters expressed their fondness and admiration for Baxter (“I’ve never worked with you directly and I really regret it,” said Fragrance Foundation president Elizabeth Musmanno) — the evening left her accolades at the door, encouraged people to check their tickets (“there’s another event at the Waldorf called the circle jerk of champions, which is actually the last Trump rally,” Loftus joked) and started with a look at Baxter’s hometown of Mobridge, S.D., where she grew up partially on a ranch, and partially on the top floor of the Brown Palace Hotel, which was 60 miles from the ranch.

“She was born on Feb. 14, in Mobridge, [which]…has a population of 3,466, well actually, 3,465 now that Pamela left,” Loftus said. “What you may not know is that the word ‘Mobridge’ was actually derived from a Sioux Indian word…which translates to how the f–k did we end up here?”

Between slides of Vladamir Putin on horses, attendees learned about perhaps Baxter’s earliest job, something called “riding the fence.”

Cathy O’Brien, Baxter’s cofounder at advisory business Bona Fide Beauty Lab, was up next, detailing the next phase of Baxter’s life, which included a move to Seattle.

“She fell madly in love; she got married; she moved out of her studio apartment; she had a son, Shannon; then she got a divorce, all this in just four years,” O’Brien said. Then, it was time for an interview in New York — which she got by way of a huge sale of sorts. “She took the brand-new car that her mother had just bought for her back to the dealership she bought it from and sold it to them for cash to buy a ticket to New York for an interview she wrangled,” O’Brien said.

Then it was off to Los Angeles, where one job led her back to New York to shop for a color line to sell in a salon back on the West Coast. Baxter, when crossing the street with a friend and her mother in a white suit and black tank top, was in an accident. “I got hit by a bike messenger,” she said. “And my tube top fell off. So here I am, sitting outside the Empire State Building with no top on and three broken toes…it was not pretty.”

After a former boss of Baxter left for Estée Lauder, he offered her a job launching men’s fragrance JHL. After a few projects, in 1990, she told her husband, John, they would go to New York for a quick couple of years for her job at Lauder, and 26 years later, she’s still there.

After ex-Elizabeth Arden executive Laurie Dowley performed a custom song that rhymed couture and manure, it was time for Baxter’s colleagues Thia Breen, group president of Estee Lauder Cos. Inc. — who admitted to a lingering grudge from Baxter’s space at Fox Hill’s — and Terry Darland, president of North America for Christian Dior, to take the stage.

“Forty years with Pamela Baxter,” started Breen, detailing the duo’s history trying to get their respective brands into a store called The Broadway. “It makes Kohl’s look like Bergdorf Goodman,” Breen added, for context.

Darland shared “lessons from Pamela Baxter,” which included “how to pack for a 10 day trip in one carry on,” “how to drink a lot of wine,” “how to make the best use of your Manolo Blahnik shoes” and “how to stay looking 30 years younger than you are, even when you become a great grandmother.”