The Liaisons au Louvre gala raised close to $3 million on its Paris leg, even though some guests canceled due to terrorism fears. 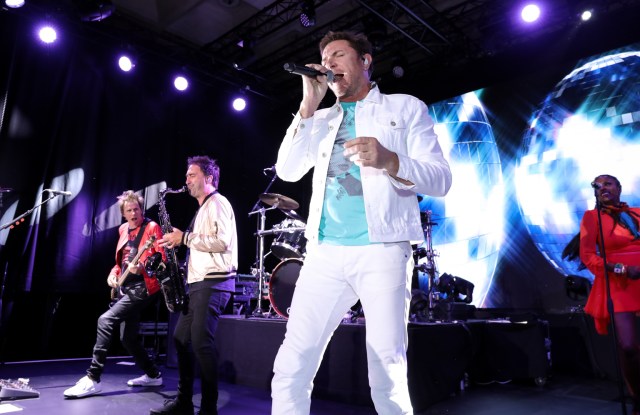 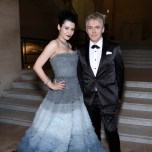 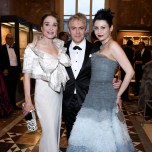 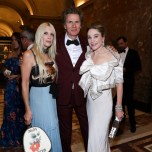 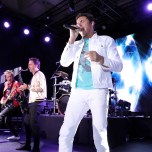 PARIS — When Becca Cason Thrash was organizing her Liaisons au Louvre fund-raising gala, she couldn’t have predicted it would take place on the hottest day of the year.

As thermometers in Paris shot up to 35 degrees Centigrade, the quick-thinking Texan socialite decided the day before Tuesday’s event to move the dinner, initially planned under the glass pyramid designed by I.M. Pei, into the basement housing the museum’s medieval moat.

“I just thought, do I have them be miserable, but give them the ‘wow’ factor of the pyramid? Or do I give them comfort? And I opted for comfort,” said Cason Thrash, dressed in vintage Christian Dior Haute Couture by John Galliano, and diamond jewelry from Van Cleef & Arpels and Cartier.

Her decision was heartily applauded by the guests at what has been dubbed the ultimate billionaire’s ball — among them Olga Kurylenko, Christian Louboutin, Bruno Frisoni, Hervé Van der Straeten and the members of Duran Duran, whose performance capped off the gala.

Not that the female attendees let the weather get in the way of the “glamorous gowns and fabulous jewels” dress code.

Anastasia Soare came in a black chiffon Valentino gown. “I’m a fashion victim, so it doesn’t matter,” she said of the heat. The brow queen is expanding with Sephora in Italy, Poland, Spain and Portugal. “I’m ready to rock ’n’ roll in Europe,” she announced.

“It’s crazy how hot it is here,” exclaimed Gela Nash-Taylor, who accessorized her Gucci gown with a fan from the Italian label. “I like it. I don’t have a problem,” said her husband John Taylor, sporting a burgundy tuxedo and white trainers.

It was the second time the Duran Duran bassist and his bandmates have played underneath the Louvre pyramid.

“Funnily enough, we did this about five or six years ago, the same event for Becca for this foundation, and it was incredible because that was the first time anyone had ever played inside the Louvre — a rock band, for sure. So to be invited back to do it again is a real thrill,” said keyboardist Nick Rhodes.

Cason Thrash didn’t expect to be back at the museum so soon.

“I thought I had retired four years ago, and I got talked into doing it one more time and it’s just so much work,” said the philanthropist, who added an Italian leg to the fourth edition of the Liaisons au Louvre event, which runs until June 23. Proceeds will be split between the Louvre and Venetian Heritage.

The Paris auction, which included artworks by Anish Kapoor, Mat Collishaw and Retna, raised $1.1 million, with ticket sales approaching $2 million. “To make that kind of money with only 230 people is amazing,” said Cason Thrash, who got 55 cancellations due to the ongoing threat of terror attacks in Europe.

The previous night, Van Cleef & Arpels hosted a dinner for the American and International Friends of the Louvre at the Petit Palais, despite the neighborhood being on lockdown for most of the day after an armed driver rammed into a police van on nearby Avenue des Champs-Elysées.

“Everything went very, very well and they are thrilled to be here and to support French cultural institutions,” said Nicolas Bos, chief executive officer of the Paris-based jeweler. “I find it really impressive to see these wealthy Americans are willing to give their personal money to fund the acquisitions of the Louvre.”