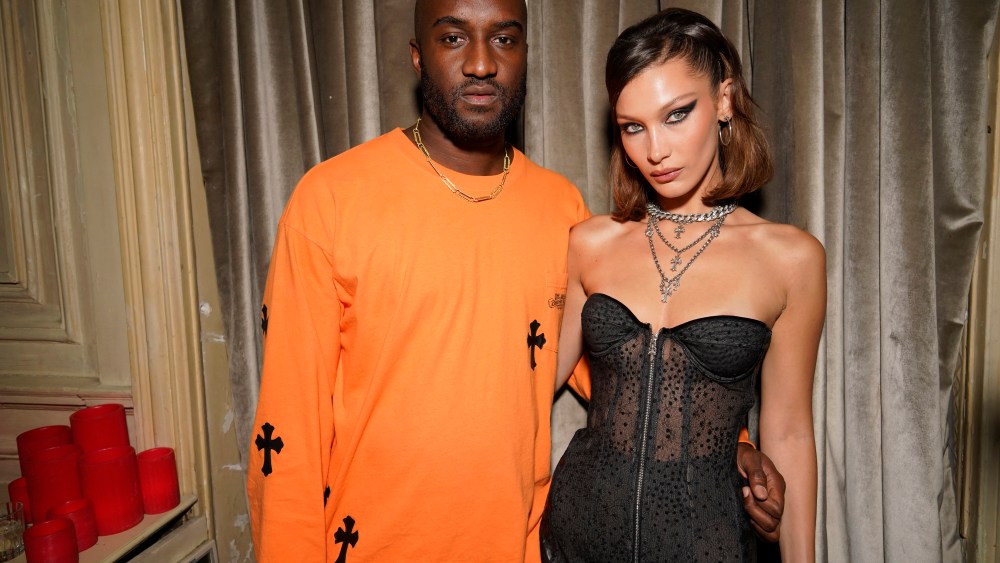 PIGALLE NIGHTS: Bella Hadid magnetized the crowds at a VIP-packed party thrown by Chrome Hearts on Tuesday night, cohosted by founders Richard and Laurie Lynn Stark at Le Carmen, a famed nightclub in the heart of Paris’ Pigalle district.

“How cool is this venue?” said Hadid taking in the site’s molded ceilings and thick drapes before heading over to Los Angeles tattoo artist Doctor Woo to show him where she was thinking of getting her next tattoo: on the nape of her neck.

Cindy Crawford had been catching up with her daughter Kaia Gerber, fresh from walking the outdoor swimming pool runway at the Saint Laurent show. “I loved the way the shoes looked when they hit the water,” Crawford said of the set at the Fontaine du Trocadéro. “But Kaia was cold.”

Also in the crowd, Caroline Vreeland revealed she is set to be the cover star for the February issue of Playboy France. “We’re shooting it this week, which is very exciting,” she said.

Manning the decks for the evening, Virgil Abloh slipped off duty to hang with Byredo founder Ben Gorham. The designer has a busy week ahead, with the presentation of his Off-White collection on Sept. 27 as well as the unveiling of his collaboration with Ikea on Sept. 28. What’s his secret to staying focused? “A lot of sleep before the week starts,” he said. “But I enjoy the culture around fashion week, so it makes it easier.”

Gorham’s advice was straightforward: “I just suck it up. That’s the only way, isn’t it?”

Model Dree Hemingway, who was sporting a shaved head, was busting some moves to No Doubt’s “I’m Just a Girl.”

“I’m really into old school music that brings me back to my high school experiences,” she said. The model loves old school rap songs, but flees the dance floor if anyone puts on a house track. “That’s when I retire.”