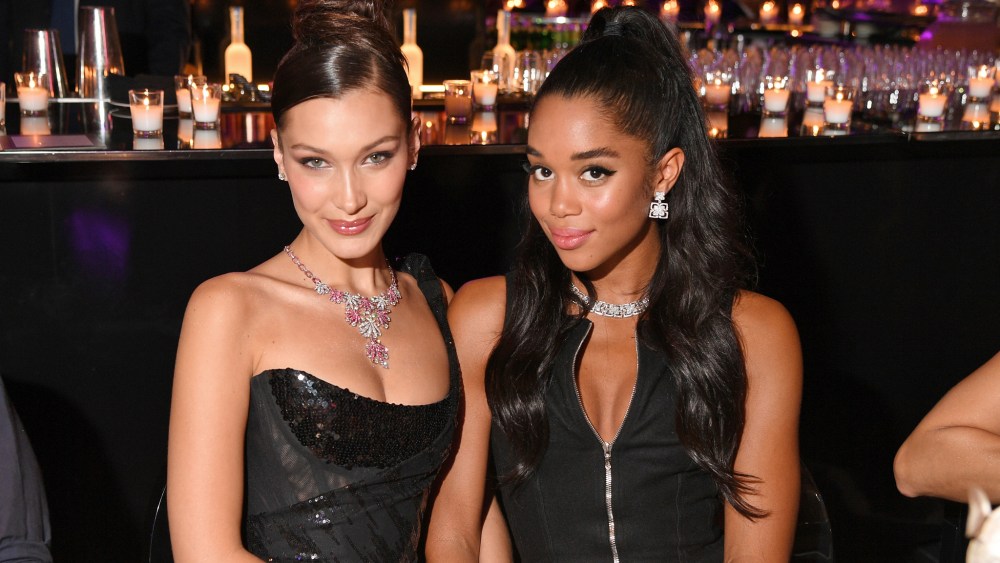 MILAN — A glamorous crowd descended on the Bulgari hotel in Milan to celebrate the launch of the brand’s spring accessories collection at a dinner capped with a surprise performance by British singer Jorja Smith.

Bella Hadid, Laura Harrier, Lady Kitty Spencer, Jasmine Sanders, Jolin Tsai and other friends of the house enjoyed a menu concocted by executive chef Niko Romito, who earlier in the week was awarded a Michelin star for his restaurant at the Bulgari hotel in Shanghai, a mere three months after its opening.

Harrier was on a brief break from filming an independent movie called “Balance, Not Symmetry” in Scotland and gave some insights into her character. “She is an art student at the University of Glasgow and she is going through the loss of her father. It’s a story of trying to find yourself and trying to figure out who you are,” she said.

“I loved shooting ‘Spiderman’ — that was a whole experience in itself — but I also love doing indies, because it kind of gives you the opportunity to really find this character and dig deeply, and go through more of a creative process in making something that feels really artistic,” the American actress added.

Harrier won plaudits for her red carpet choices during the recent press tour for Spike Lee’s “BlacKkKlansman.” Working with stylist Danielle Nachmani, she hit the Cannes Film Festival in May wearing Louis Vuitton, Derek Lam and The Row, alongside smaller labels such as Brock Collection, Maryam Nassir Zadeh and Bode.

“I just wear what I like. I don’t think that my taste or my focus have shifted since ‘Klan’ or anything. I’ve always gone with my instincts and I’m really lucky to have a great team around me who understands my tastes,” she said.

Spencer had a busy schedule in Milan between photo shoots and attending events, including the amfAR gala. In addition to posing for Vogue Mexico, she will appear in a social media campaign for Bulgari. “It was a sort of dream job. It was six of the ambassadors: We got to have an amazing Italian meal and it was filmed,” she said.

Earlier this month, the niece of the late Princess Diana was in Moscow for the opening of “Bulgari: Tribute to Femininity” at the Kremlin Museum. The exhibition features more than 400 pieces from the brand’s archives and private collections, including items that belonged to celebrities such as Elizabeth Taylor and Anita Ekberg.

“I love the heritage pieces, just because I love old Hollywood and I love the history behind the pieces,” Spencer said. “I saw Lauren Bacall’s compact mirror — sort of lime green and gold stripes — and I felt tears in my eyes. I felt so emotional seeing things that belonged to these women who are just iconic.”

The aristocrat’s most prized piece of jewelry is a family heirloom. “I have a ruby and diamond bracelet that my father’s father, my paternal grandfather, gave my mother when I was born, and then my mother gave it to me on my 21st, so it’s meaningful to me because I was only two when my grandfather passed away,” she said. “I like the journey that that piece of jewelry has taken.”