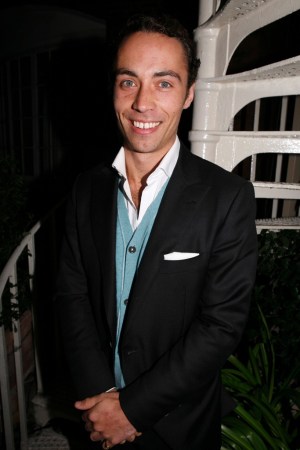 SHIFTING GEARS: Belstaff feted its relaunch as a luxury goods brand on Saturday night at Mark’s Club in Mayfair, with guests including James Middleton, Jasmine Guinness, Tallulah Harlech, Patrick Cox, Caroline Sieber and Poppy Delevigne. After a dinner of British comfort food, including fish and chips, cottage pie and trifle, guests gathered for a performance by the up-and-coming singer-songwriter King Charles, whose debut album will be released this summer.

Harlech said she’s set to star in a fashion film written by her mother, Lady Amanda Harlech. “It’s about a woman and the different sides to her character, so I end up talking to different versions of myself wearing different looks.”