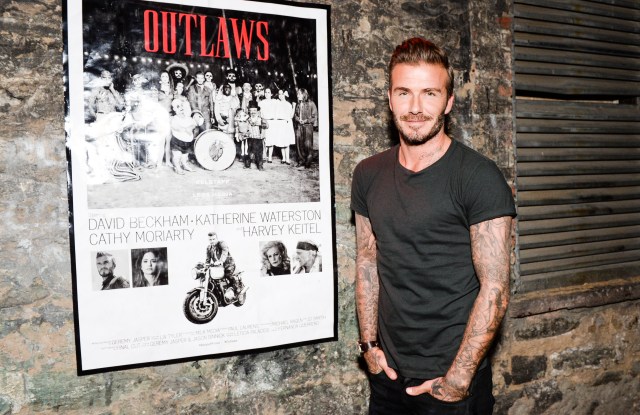 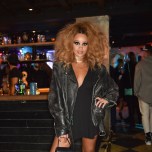 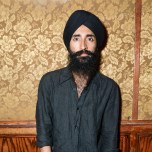 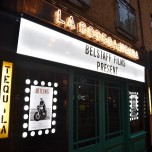 LONDON — Following the screening of “Outlaws” a new short film for Belstaff starring David Beckham, the likes of Jeremy Piven, Otis Ferry, Erin Wasson, Rafferty Law, Francesca Versace, Jillian Hervey and Paul Sculfor joined the team behind the film for tostadas, margaritas and Champagne at Bodega Negra in Soho for an after party.

The film, which premiered earlier in the evening, stars Beckham as a brooding drifter and motorcycle stuntman who is pursued by a frightening Harvey Keitel, who plays a maniacal director bent on revenge for some as-yet-defined slight.

Isaac Ferry, who got the party started with a DJ set, knows a few things about the appeal of motorcycling. “I’ve been riding a bike for 10 years in London and use it over any other motor transport. I also have a scooter,” he said. “The biggest thrill is being able to break away from traffic at lights and have the open road stretching out in front of you.”

Off the roads, Ferry gets his kicks spinning tracks at parties. “When you’re DJing, and not sure if people are being receptive or what turn it’s going to take, but then it explodes into pandemonium — it’s a total natural buzz,” He told WWD. “Actually, not dissimilar to the thrill of riding a bike at break-neck speed…”

“I used to be more of a thrill seeker, I’ve gone paragliding, back bowl skiing, white-water rafting — the things you do in your 20s,” said fashion consultant Juliet Angus. “Maybe that’s why I like to experiment more in fashion and be wild with an outfit once in a while because of my lack for a need for speed.”

Jillian Hervey, one half of musical duo Lion Babe and Vanessa Williams’ daughter, who had performed at the U.S. ambassador’s residence for a party cohosted by British Vogue and J. Crew earlier this week, said she’d put very little thought into her look for the evening. “I totally didn’t plan anything to wear, so I’m just in these ugly old Converse and this vintage Belstaff biker jacket,” she said.