The hotelier partied at the Edition hotel with snow cones and tropical drinks. 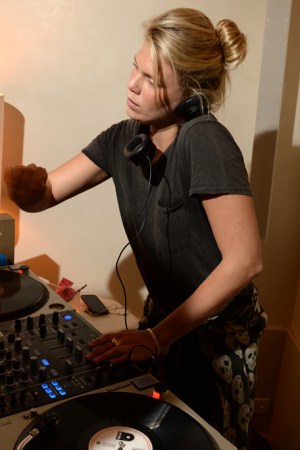 By this time in the season, many people have decamped to the Hamptons or to St. Barth’s, but last night, those who were still in New York made an appearance at the two-year anniversary event for Ben Pundole’s Web site, A Hotel Life. The party took place in the lobby bar of the newly opened New York Edition hotel, where Pundole is “vice president of brand experience.” For this particular experience, he set up a snow cone machine on the sidewalk out front, and served up tropical drinks with colorful umbrellas — an ode to summer in the city. “Everyone has this mad dash to get out of the city and I think it’s a wonderful place to be,” he said. “I travel so much for my Edition work so when I spend a lot of time in New York I love it.”

Weaving through the crowded space were Public School designers (and lately ever-ubiquitous party attendees) Dao-Yi Chow and Maxwell Osborne. They claimed, though, that their appearance was accidental. “We had a meeting upstairs and then we came downstairs and realized it’s our friend Ben’s party, incidentally,” Osborne said. Did the meeting have anything to do with their debut collection for DKNY? “We can’t talk about it,” Osborne demurred. Elsewhere, Rebecca Dayan, Atlanta de Cadenet Taylor, Amirah Kassem, Waris Ahluwalia, Gigi Burris and Mischa Barton (“The OC” star seems to be staging a comeback, cropping up about town lately) made the rounds.

Pundole surveyed the room. “You know why I feel great?” he asked. “Because people say to me, ‘Oh Ben, I just found where to stay in Chicago because I went on A Hotel Life.’ If it’s become for some people the go-to for their hotel choice then it’s become, in my eyes, successful.” He continued: “I’m 41 years old, but I’m like a 41-year-old Millennial. I want to go to a hotel that’s exciting.” Pressed to share his most exciting hotel experience though, he mused, “Legally? Well it’s not that crazy if it’s legal, is it?”