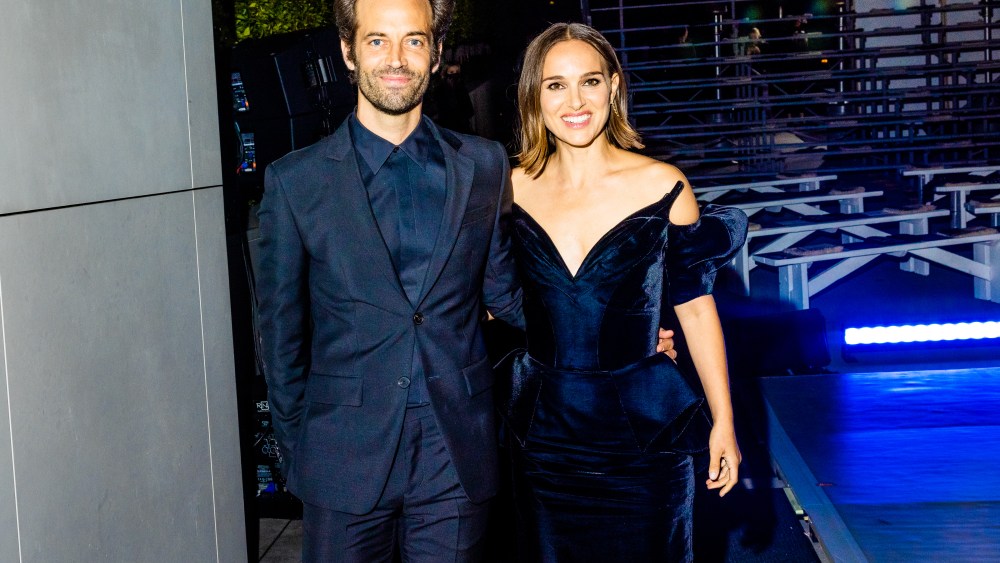 “It’s sort of shocking to be back and to have an event that is so well attended and that we’re moving forward again,” French-born dancer and choreographer Benjamin Millepied, founder of the L.A. Dance Project, told WWD at the organization’s annual gala on Saturday, held at a private residence in Beverly Hills after being postponed last year.

“Honestly, with the pandemic that impacts so many lives, there was really a point where I wasn’t sure that we would withstand the impact of it,” he went on.

Guests (who had to show proof of vaccination and a negative COVID-19 test to attend) mingled in and outside the home during a cocktail hour. They bid on a silent auction, featuring items by Rodarte, Doen and Zadig & Voltaire — a sponsor alongside Van Cleef & Arpels — before gathering for a series of dance performances and dinner.

Taking the stage, outside under the stars, Millepied thanked supporters, before honoring Nicolas Bos, Van Cleef & Arpels’ chief executive officer and a longtime partner. The two met nearly a decade ago, in 2012, the same year Millepied founded the dance collective, and began collaborating on projects to amplify L.A. Dance Project’s mission of making dance accessible.

“Tonight, I honor a dear friend, an exceptional person, Nicolas Bos,” Millepied told the audience before the show. “In this life, there are very few people who will be willing to take real chances. It’s one thing to have the resources, another the interests or the vision, also the courage. Nicolas has it all.”

Millepied presented Bos with a gift, one of the dances revealed during the evening (which also included “Night Bloom,” a new work choreographed by former New York City Ballet principal dancer Janie Taylor).

“You can do anything you want with it. We can even make an NFT of it, if you like,” Millepied joked to laughs.

“I don’t know if I deserve the honor, but I will take it,” Bos said. “All the teams at Van Cleef & Arpels, we are quite committed to dance and choreography. They inspire us. It’s a form of art that we love to support. It is true that this adventure with Benjamin and the L.A. Dance Project has been quite a fantastic ride and is far from being over.”

Before unveiling the presentation, Millepied invited the crowd to share shots of Casamigos Blanco tequila to toast to the gala’s return “and hopefully, it can only get better and better.”

“After years of performing in Paris’ most prestigious theaters, I wanted to explore a theater on the outskirts of the city,” Millepied explained. “With more seating, a theater with a more open and more inclusive approach, we’ve already sold over 20,000 tickets and on track to sell out.”

Millepied also plans to reveal a two-week season in New York (four recent works created by women choreographers), as well as a dance festival in partnership with Qatar, when the Middle Eastern country hosts the FIFA 2022 World Cup.

Home in Los Angeles, he hopes to expand into a larger venue.

A place “where we can do more shows, with cheaper seats, and continue to bring dance in a consistent way in the city,” he said. “That’s number one. We have also an important community programming. And so, that’s something that we’re continuing to do…The company for me has to reflect the city that we live in. It’s really about giving opportunities to students who need of a creative experience that’s really positive for them. It’s finding the artists who live and work here who deserve the support and recognition to create with us. Those things alone really give L.A. Dance Project its identity.”