Bent on Learning Hosts Gala at the Urban Zen Center

The foundation honored Gwyneth Paltrow and Russell Simmons for their contributions. 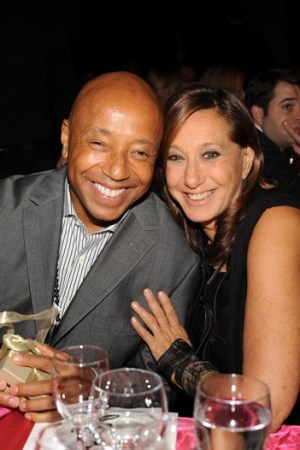 Bent on Learning, a foundation that, among other holistic initiatives, aims to introduce yoga in public schools, celebrated 10 years at its third annual gala at the all-too-appropriate Urban Zen Center on Wednesday night. Lauren Santo Domingo, Cynthia Rowley, Bill Powers, Krysten Ritter, Sanaa Lathan, Molly Sims and Stacey Bendet all showed their support at the Alice + Olivia-sponsored affair, which honored Gwyneth Paltrow and Russell Simmons for their contributions to the foundation.

The night’s program included a display of skill by some of Bent on Learning’s students, as well as an auction offering prizes specifically tailored to the cause at hand — a 21-day fast helmed by Dr. Alejandro Junger; two tickets to an upcoming “Glee” concert; a cooking lesson by Jessica Seinfeld, and a workout with Paltrow’s trainer, Tracy Anderson, among others.

Paltrow’s Goop newsletter and ever-sunny demeanor might have their share of detractors, but there was nothing but an unabashed outpouring of patchouli-scented love for the actress over the three course vegetarian dinner.

“I love Gwyneth Paltrow,” a teen boy from the program said at the mic. “I really love you. I’m freaking out right now.”

Paltrow giggled before shouting back: “I’ll wait for you! I love you, too!”

Famed instructor and occasional Huffington Post columnist Eddie Stern took over the mic to force the actress down memory lane.

“I remember when you were this nerdy thing, Madonna’s friend, and you came into my studio…” Stern interrupted himself. “What are you doing? You’re not paying attention.”

Paltrow, was, in fact, trading phone numbers with Simmons.

Donna Karan was seated next to Simmons for the dinner. She rubbed his back and ribbed him about their next yoga date, eventually bidding on one at the auction (“Yoga and a Healthy Snack with Russell Simmons”).

“This weekend?” she asked hopefully, miming a pose with her palms pressed in front of her.

“You’re always so calm and centered on the mat,” Simmons said. “I was in prison the last two days…visiting. And firstly, I preferred it to visiting Harvard. But secondly, it was mind-blowing: I was meditating with the prisoners, and you see such a great potential for change, for human growth.”