The shoe designer was in Manhattan Thursday on a whirlwind tour. 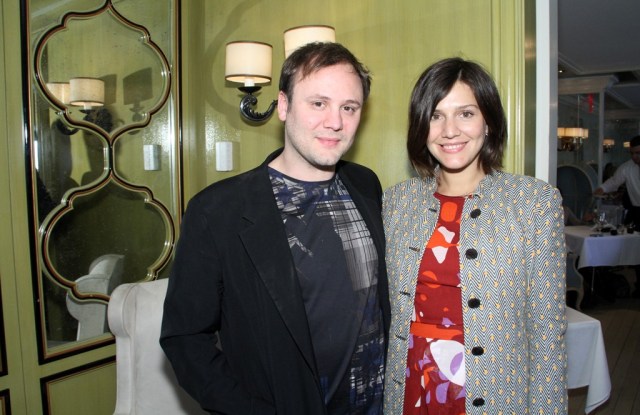 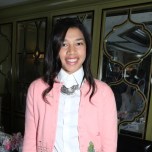 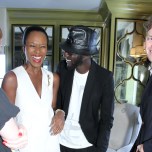 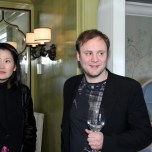 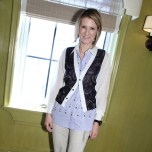 Nicholas Kirkwood was in Manhattan Thursday for less than 24 hours to attend a lunch at Bergdorf Goodman’s BG Restaurant, followed by a personal appearance on the designer shoe floor to celebrate his spring collection.

Seated beside host Leslie Fremar and Cecilia Dean, Kirkwood wanted to talk about the midheight heel, which to him is one of the hottest trends in footwear right now.

“It’s probably the most challenging as a designer to get it right. Sometimes it comes across as a watered-down version of a high heel,” Kirkwood said, whose recent collections have included lower styles that still possess the same elements — think zigzags and metallic heels — for which his collections have become known.

“I am five months along — twenty weeks — exactly the same [as LaCava],” said a glowing Missoni, who was wearing mid-height heels with a Missoni red, maroon and ivory dress and coat and a Comme des Garçons cardigan. “This is the maximum height I can wear right now.”

Even though she isn’t taking on any “crazy projects right now,” Missoni has pre-collections and the brand’s 60th anniversary festivities coming up. “It’s not going to be a crazy party — it’s not the time to celebrate,” she said, alluding to the ongoing search in Venezuela for her missing uncle, Vittorio. “But we’re still going to go along with the projects we started.”