Karl Lagerfeld, Pio Marmaï and Christian Louboutin were among those dining on soufflés. 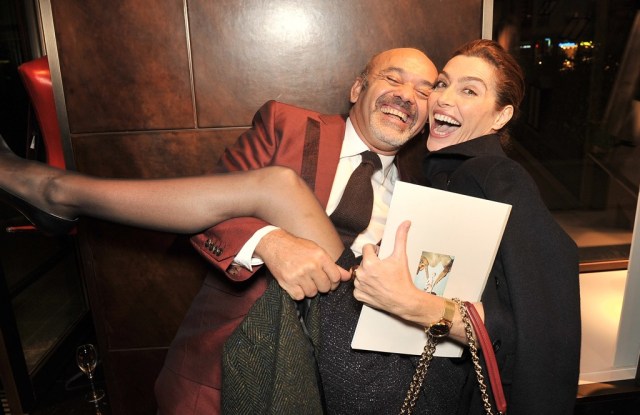 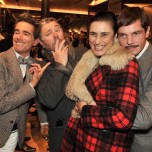 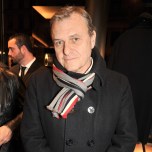 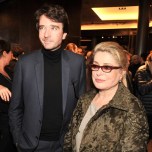 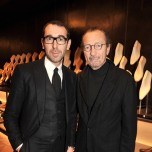 Guests ranging from motor-sport executive Jean Todt to design guru Philippe Starck toured the two-story boutique at 14 Rue de Sèvres and then repaired to La Cigale Récamier, a cozy restaurant across the square famed for its soufflés, where Berluti honcho Antoine Arnault and creative director Alessandro Sartori hosted a dinner.

Marmaï is in the midst of shooting a comedy titled “Coming In,” an unusual love triangle involving a gay male couple and a woman who turns their world topsy-turvy. The French actor is dreading a particular scene to be shot in northern Sweden in the coming weeks.

“I have to jump into ice-cold water — naked,” he said, teeth almost juddering at the thought. “They told me I should train for it by taking cold showers, but I haven’t been able to bring myself to do it.”

A Left Bank resident, Testot said the two-story Berluti store — dressed in chocolate leather and cozy parquet — completed what he dubbed a “magic square” whose other three tenants are Hermès, the Hotel Lutetia and swanky department store Le Bon Marché.

“Café Flore — I was practically born in there,” mused furniture designer Vincent Darré, rattling off some of his other favorite addresses in the area.

A battalion of LVMH Moët Hennessy Louis Vuitton executives also checked out the sprawling boutique, whose unusual features include a patina bar, where clients can bring their Berluti shoes for repairs or a serious polish.