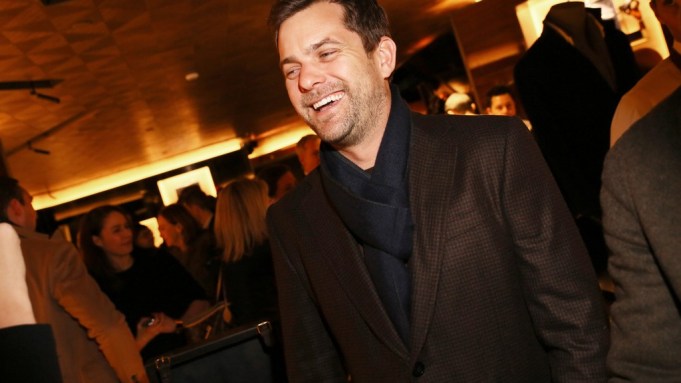 On Thursday, the opening of Berluti’s new Madison Avenue flagship was mobbed by well-wishers who came to check out its signature Grande Mesure salon and to pay their respects to Antoine Arnault, chief executive officer and eldest son of Bernard Arnault, chairman and ceo of LVMH Moët Hennessy Louis Vuitton. Tagging along with the younger Arnault was his very pregnant girlfriend, Natalia Vodianova. New York Giants wide receiver Victor Cruz and actor Joshua Jackson, best known for his role in the Nineties show “Dawson’s Creek,” were the two most prominent men in attendance, while the rest of the shoulder-to-shoulder crowd was heavy with editors and publishers hungry for some of that Berluti business. Cruz, who came with fiancée Elaina Watley and beamed he was “dressed in Berluti head to toe,” was not put off by the cost of the bespoke suits, which can retail for about $10,000. Naturally, as a select customer, he must be one of the privileged few who get a discount?

At Stephan Weiss Studio in the West Village, a party for Details magazine’s March cover, which features the top 10 male models working, was swarming with a very different crowd — seemingly 10-foot-tall Adonises with big foreheads, each hoping to reach the career heights of those elders who made the cover, like Tyson Ballou, 37, Garrett Neff, 29, and Sean O’Pry, 24, who were each in attendance.

“Why can’t it just be me?” Ballou said. “That was my reaction initially.” Neff, who’s only walking the Nautica show this New York season, was relieved to be scaling back his runway appearances. “If you’re walking a lot of shows, and you’re young, it’s exciting and new. But once you’ve been doing it for a while, you don’t really want to spend the time going to castings and fittings and the callbacks because the outfit wasn’t right, then you show up and you do one show but you have to be there four or five hours in hair and makeup and then the actual show,” he said, sounding like a war-weary veteran. “You sit around a lot.”