From a private dinner in The Pierre hotel hosted by Tory Burch to after parties for Opening Ceremony and Baja East in food halls and garages, here are the highlights of the week.

By Leigh Nordstrom and Kristen Tauer on September 15, 2016
View Slideshow 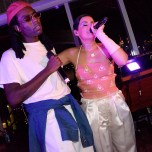 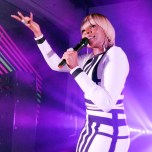 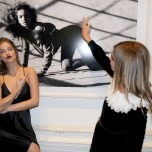 After a long summer of peace and quiet on the party scene, the soirees come back in a big way during New York Fashion Week. The activities kicked off last week with a high-glamour fete, hosted by Tom Ford. The designer took his most recent collection to the old Four Seasons restaurant space in Midtown on Wednesday, where he hosted a cocktail party — Julianne Moore, Ellie Bamber, Lauren Hutton, Karlie Kloss and Cindy Crawford were among the mingling crowd — before staging a dinner presentation of his fall collection.

The next evening — the official first night of fashion week — Jimmy Choo held a party in celebration of its 20th anniversary, with a live performance from Mary J. Blige. “I just got a pedicure, so you can do a close-up on the toes,” said Chanel Iman, one of the many VIPs donning the brand’s stilettos. Across town, the brand new Saks Fifth Avenue at Brookfield Place christened their store with a cocktail party, while Carine Roitfeld surrounded herself with her closest model darlings for a cocktail on the Upper East Side.

Friday night, the ubiquitous Kanye West — remember him? — took the stage at the Plaza Hotel for the third annual Harper’s Bazaar Icons party — “It’s like a back-to-school prom,” according to one model. For those not quite ready to don black tie, Baja East took over a Financial District parking garage for its show and after party, where camp crop tops reigned supreme.

Come Saturday, Frame Denim hosted a room full of models at the Waverly Inn for dinner, including Kloss, Martha Hunt, Kate Upton and Anna Cleveland — even Josh Kushner popped by.

Sunday, Opening Ceremony hosted its after party in the food hall above Penn Station with the likes of Andrew Garfield, Aziz Ansari and Ali Wong, who made an early exit. “Momma would love to party, but it’s bedtime,” she said. Downtown, Barneys New York was hosting a dinner for edgy new collection Unravel.

The swans — Town & Country’s designated Modern Swans, that is — came out on Monday night for a dinner hosted by the magazine and Bulgari at the Plaza Hotel. “We have a whole global network of swan spies,” said editor in chief Stellene Volandes. Over in Williamsburg, Scott Studenberg and John Targon were gathered atop the new William Vale Hotel in Williamsburg to celebrate their new wine label.

Tuesday, Rodarte hosted an overalls-themed after party at The Jane hotel, which doubled as a birthday celebration for Laura Mulleavy. Uptown, Tory Burch opened up her penthouse apartment for a private dinner. “I never do this,” Burch said early in the evening, of hosting a dinner during fashion week. “But it’s nice to have a lot of my friends here.”

And with that, the New York Fashion Week party season closed its doors — until next season.