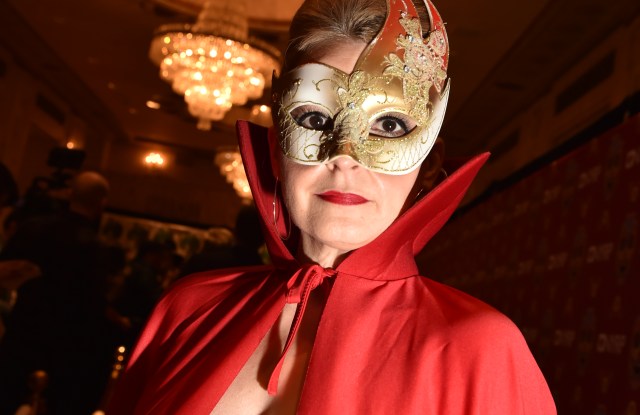 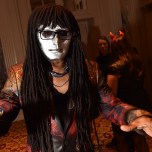 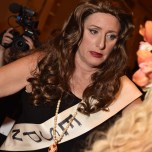 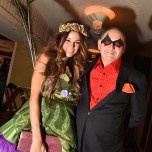 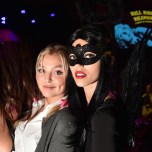 The scary, the spooky — and the tropical — came out to the ballroom at the Waldorf Astoria the night before Halloween to partake in Bette Midler’s annual Hulaween party, benefiting her organization, the New York Restoration Project. Michael Kors was on hand as always to judge the costume contest for the night, which this year was themed “Hell Night on Hulaween Island: A Night to Dismember” for a crowd that included Jane Krakowski, Devon Windsor and John Demsey.

Midler, who grew up in Honolulu, has been throwing her Hulaween party to benefit her New York Restoration Project since its inception 20 years ago, and NYRP recently reached the milestone of planting its millionth tree. At Friday’s benefit, she was honored with the Green Goddess award for her work cleaning up New York; celeb friends including Sarah Jessica Parker and Amy Poehler congratulated her in a video broadcast to the audience. “She has greened New York City, and changed people’s lives,” Kors said.  “This is the greatest thing that came out of Hawaii ever.”

Also receiving an award was construction conglomerate Dan Tishman and his wife Sheryl, who were presented the Wind Beneath Our Wings award — “so I needed to be a bird,” Sheryl said of her feathered costume. “There’s a lot of nature here tonight,” Dan added.

The evening’s decor was inspired by the 1996 horror film “The Island of Doctor Moreau,” a mad scientist Marlon Brando film. “Big big Marlon Brando fan,” Midler said. “Even though he was monstrous, he was a great actor — talk about monstrous!”

She was not one to let the night’s theme go ignored. “It’s Gilligan’s Island meets Doctor Moreau, so you can see it’s a hybrid,” she said of her getup. “It’s half couture and half recycling material, and I plan to emit no emissions tonight, so that’s how it goes!”

Walking the carpet in Tom Ford velvet bell-bottoms and shoes was Nile Rodgers, who recently became a fan of the designer after working on his spring 2016 video starring Lady Gaga performing his song “I Want Your Love.” “Gaga is one of the most awesome people on the planet,” Rodgers said. She “heard the song and was like, ‘I want to see it,’ so we went back in the studio and did it.”

After a cocktail hour to scope out the competition, guests sat for dinner and a presentation hosted by comedian Judy Gold (dressed as Caitlyn Jenner) and culminating with Kors’ costume contest. “Only for you, Ms. Midler, would I show these gams,” said a short-shorts-clad Kors from the stage as he doled out costume awards — he and husband Lance LePere came dressed to theme as Hawaiian devils.

So what does the designer look for in a costume winner? “First off, of course, imagination,” Kors said of his judging criteria. “Execution, taste — we still want it to be chic. And also, if people are transformed. A lot of people are here every year, so when you see someone [and] you don’t know who the hell it is, that’s a great costume.”

As Kors exited the stage with the night’s final award (which, interestingly, he and LePere took home), Nile Rodgers and Chic had the crowd on their feet with their 1978 hit “Everybody Dance.” Halfway into the number barely a seat was left filled — the people love their disco!