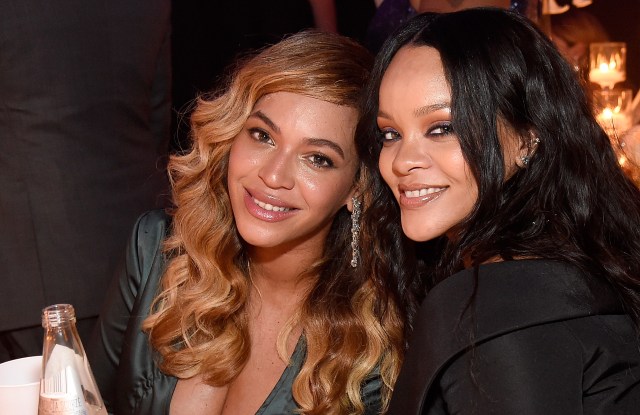 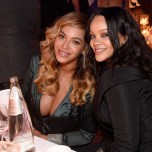 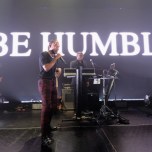 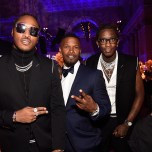 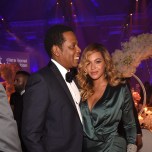 It takes a special kind of celebrity to get the glitzy and glam to don black tie the night after New York Fashion Week, head down to Wall Street and agree to part ways with their phones for the evening. But if Rihanna — who herself had one of the busiest weeks with the launch of Fenty Beauty and the presentation of her latest Fenty Puma by Rihanna collection — asks, they come.

“She’s an icon to all of us: fashion, music, charity work, everything that she does,” said Anthony, fresh off the introduction of her own denim line at Lord & Taylor. “I just want to continue ways that myself and my son can get involved and really help the world, because the world is a mess right now, it’s in disarray. These things are very important.”

Her favorite red carpet look of the superstar’s? “I loved when she was honored [at the CFDAs] and she had the see-through, sheer [Adam Selman] dress,” she said.

“It’s a lot going on during fashion week, but events like this are extremely important and close to my heart,” said Petra Nemcova on the carpet. “I spent 12 years of my life focusing on rebuilding schools after natural disasters with my foundation the Happy Hearts Fund and they’re responding after natural disasters Hurricane Irma and Harvey and that’s what Rihanna is focusing on as well.”

“She’s an amazing artist who is known all over the world but she still keeps it 100. She’s very real and very grounded,” said Black Thought. “The fact that she has this organization and named it after her family members, she’s giving back to people not only in Barbados but all over the world. I think she’s dope. She’s an exemplary artist.”

Rihanna herself didn’t arrive until close to 9 p.m., causing photographers to grow restless while waiting — shouts for water and “a piece of cheese,” curiously enough, led some to wonder if she would even appear for the cameras. But she arrived in tow with her family and posed happily before heading in, where Dave Chappelle and Kendrick Lamar took to the stage.

Before going inside, guests were asked to place phones in a locked pouch to prevent recording of Chappelle’s routine, per the comedian’s request. Never has such distress been seen by the likes of a selfie-loving crowd wondering what to do to occupy their time without social media.

Close to 11:30 p.m., before Lamar took the stage, Cardi B made her exit, gingerly walking down the steps of Cipriani with the assistance of two stylist assistants who nearly crawled alongside her dramatic train. Lamar may have been the major draw for a lot of the audience, but clearly the late hours Cardi’s been keeping over the last week were taking their toll. Home to bed!