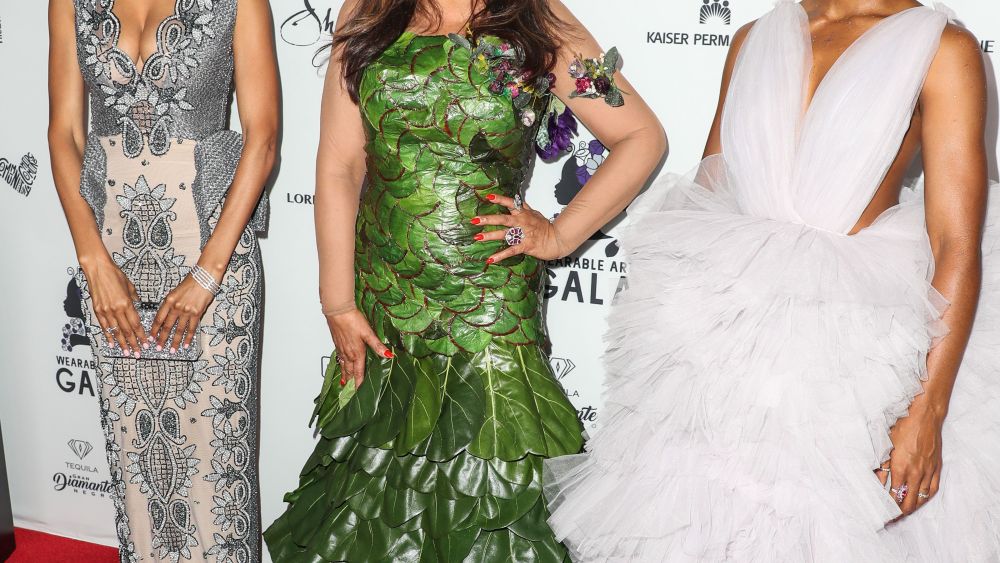 “Oh my goodness, we love people-watching so we love seeing what everyone is going to wear, “ said Halle Bailey of sister-duo Chloe and Halle at the Wearable Art Gala Saturday evening.

The inaugural event, hosted by founders Richard Lawson and Tina Knowles-Lawson, was held at the California African-American Museum in Los Angeles. It did prove to be the place for people-spotting with names such as Samuel L. Jackson, Octavia Spencer, Kelly Rowland, Michelle Williams, Rep. Maxine Waters, Debbie Allen and Mara Brock Akil in attendance. Naturally, Knowles-Lawson’s daughters Beyoncé and Solange came to support their mom, but only after photographers had packed up and left.

“I think it’s amazing,” Spencer said. “I’ve always been impressed by what [Tina] does for the artistic community. I’m really excited for what they’re going to do in the future. It’s a no-brainer that I would be here supporting her with this. I feel like she’s always been a supporter of mine. She was definitely a supporter for ‘Hidden Figures’; she tweeted and Instagram-ed and we’re very fortunate for her.”

Jackson, wearing a Basquiat shirt, echoed Spencer, saying, “It’s always great to give back to be able to do what people have done for us when we were coming up and to share our experience. Hopefully, we’ll be able to lend some volubility to what they’re trying to do.”

The event also drew actresses Meagan Good, Serayah McNeill, Yara Shahidi and more who reminisced on Knowles-Lawson’s most creative designs throughout the years.

“One that came to my mind and one that really made me be who I want to be are the soldier outfits from ‘Survivor,’” McNeill said without hesitation, with Good giving the same answer moments earlier.

For others, choosing just one look was a little more complicated. “She has designed so much. Whether you’re looking back at Destiny’s Child outfits or Solange’s outfits, there’s no choosing. That’s rude to the process,” Shahidi said with a laugh.

Beyond the red carpet, there was more to keep guests occupied. If one wasn’t admiring the collection from artists such as Derrick Adams or Kenyatta A.C. Hinkle inside, bidding during the silent auction, or dancing with purple and gold handkerchiefs, they were on the hunt for gumbo made by Knowles-Lawson herself.

When Knowles-Lawson arrived in a Mother Earth-themed gown that she designed with Timothy White, she spoke of the urgency of their new nonprofit WACO Theater Center saying, “If there were no art programs there’d be no voices like Nina Simone, Beyoncé or Solange.”

Knowles-Lawson also joked of receiving fashion advice from her daughters saying, “I don’t listen to them much. They tell me don’t wear red lipstick, but I wear it anyway.”