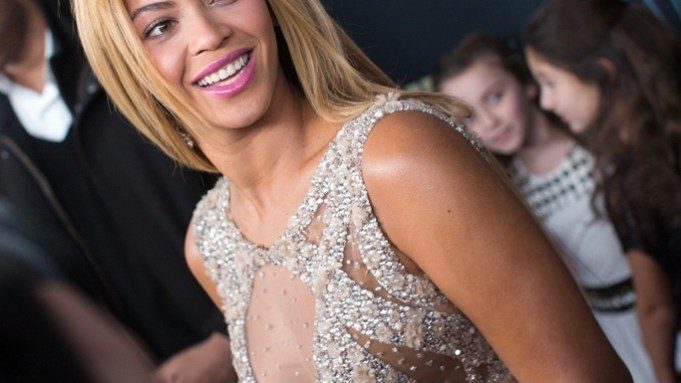 A cadre of security personnel couldn’t help her. Beyoncé was about to become the epicenter of a full-blown media mob on the red carpet of the Ziegfeld Theatre, where her new HBO documentary “Life Is but a Dream” screened Tuesday night. A dozen or so reporters, double that many photographers and a handful of camera crews had been anticipating her reception for more than an hour. Finally, they got their signal: the shrieks of eager fans camped out on the sidewalk, muffled only slightly by the flimsy tarp enclosing the red carpet and the recorder-wielding people shivering along it. The energy shifted seismically.

Beyoncé stepped onto the carpet in a bejeweled floor-length Elie Saab Haute Couture dress, her megawatt smile rivaling the dress in shine. A torrent of flashes crackled while the pit of photographers squawked, “Beyoncé, over here!” The star’s longtime handler, Yvette Noel-Schure, ushered her down the way, with a towering bodyguard shadowing not far behind.

The film is a self-shot video portrait of Beyoncé, who notoriously keeps her personal life close to the chest. As it is set to air this weekend on that finely tuned premium cable marketer HBO (which dubbed it a “Raw.Real.Revealed” look at her life), the film, which deals in part with the pressures of life in the public eye, received a premiere that put its subject squarely in the public eye. Still, an Inauguration-headlining, Super Bowl-beating heroine of Beyoncé’s caliber can dictate the terms of her fame more assuredly than most of her peers. There weren’t likely to be any laptop confessional-style jewels on this red carpet.

The real trouble on Tuesday began when Oprah arrived. Beyoncé and Oprah — both in that thinnest air of first-name-basis megastardom — embraced and posed arm-in-arm for pictures. “It’s Oprah and Beyoncé down there,” one reporter detailed to the others. “All we need is Michelle Obama to show up and people will really lose it.” People were already losing it. Soon the rope fencing in the press zone became irrelevant. Camera crews, photographers and reporters stormed the carpet, beleaguering the women. “Get back, get back!” head-set accessorized p.r. girls barked, a futile attempt to stave off the gruff cameramen, paparazzi and pushy reporters, who attempted desperately to lodge their recorders into the chaos.

“People are going to be amazed,” an eerily composed Oprah told the huddle of the film. “I was in tears.”

Through it all, Beyoncé remained the consummate superstar, waving and smiling amidst the camera-slinging, elbow-swinging pandemonium. When she said hello to Ed Burke, with whom she codirected the film, she daintily asked him to remove an eyelash from her cheek. Beyoncé was rushed into the theater before getting a word out to the reporters, which prompted a communal groan. But, as Oprah reminded the crowd during a sit-down interview with the star held before the film played, “Let’s not forget… We’re talking about Beyoncé.”