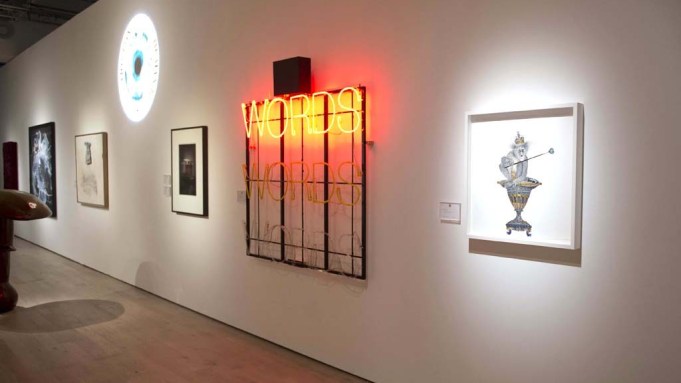 Do redheads smoke blondes in the fun department? The Ukrainian actress Olga Kurylenko thinks so. “It’s been red for a couple of months, and I am having a lot more fun, actually. And I’m definitely getting more attention from men. They are much more forward.”

The Dior-clad actress was among the guests Tuesday night at the second benefit dinner for the Bianca Jagger Arts for Human Rights Foundation. The highlight of the evening, which was sponsored by Dior, was an auction, comically emceed by Simon de Pury with his typical brio of artwork donated by artists and designers — Manolo Blahnik, Tracey Emin, Marina Abramovic, Yoko Ono, Marc Quinn and Raqib Shaw — to raise funds to end violence against women and girls.

Before Jade Jagger, Jamie Campbell Bower, Matilda Lowther, Jacquetta Wheeler and Tatiana Casiraghi had even sat down at their candlelit tables, styled with white orchids by Fiona Leahy, almost 140,000 pounds, or $224,000, had already been raised via silent auction for the cause during the Dior-sponsored event at Phillips in London’s Victoria.

Erin O’Connor was enjoying a rare night out with her partner Steve Gibson while their four-month-old son Albert stayed at home. “The highlight of my days, at the moment, is walking to the end of my street with a stroller. But I can’t have too much to drink; I have to think about the midnight feed,” she said.

Meanwhile, not far from Kensington Palace in West London, the art collector and patron Valeria Napoleone hosted a dinner (which she cooked herself, by the way) at her grand home to celebrate Frieze London and to mark the 20th anniversary of Studio Voltaire, which supports emerging artists. Its latest initiative, House of Voltaire, is a pop-up shop that will bow next month on Albemarle Street in Mayfair and carry a range of items created by teams of designers and artists including Roksanda Ilincic and Eva Rothschild, Sibling and Jim Lambie, and Simone Rocha and Kim Gordon. Napoleone said she doesn’t really buy new artists at the affair.

“I follow artists that I know already,” she said. “But I may discover some new artist that I can follow in the future. It’s an exciting time, the art world coming together. There’s a real buzz.”