Arterton and Bill Nighy attended the New York premiere of "Their Finest" on Thursday. 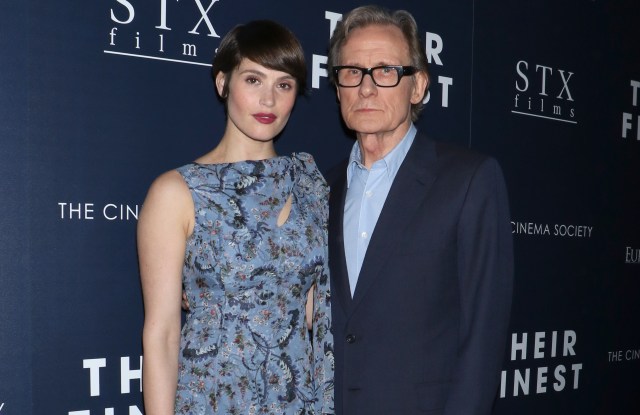 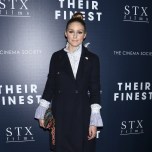 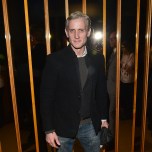 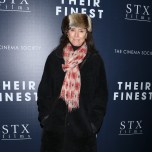 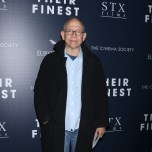 “If I knew that I had the same size part of someone and they were getting paid infinitely more, I would definitely bring it up,” said Gemma Arterton at the New York premiere of her latest film, “Their Finest,” hosted by STX Films, EuropaCorp and The Cinema Society. The actress drew attention late last year for tweeting on Equal Pay Day, urging women to leave work 18 percent earlier to account for wage discrepancy. However, on Thursday night, she acknowledged that it can be difficult to define equal pay in film. “I think that it’s really tricky to quantify in film, because, you know, if I was working exactly the same number of hours and days as my male counterpart in a film you could quantify — and same worth in terms of money you bring to a film.”

It’s an issue her character Catrin faces in the World War II period drama. She is recruited as a screenwriter for a war propaganda film about the evacuation of Allied forces from Dunkirk, and told that she can’t be paid as much as her male counterparts.

“It’s kind of infuriating, some of the things that happened to her because this was set in the 1940s,” Arterton said. “This was before we had feminism and before we even started talking about it,” she continued. “It’s not until she really had to find her own self worth that she starts to challenge these things.”

Arterton did call attention to a positive aspect of the period — the style of clothing. “I think it’s one of the most chic sexy times.  everyone looked after themselves, they took real pride in what they were wearing,” she said, herself elegant in a long floral Erdem frock and berry lip. “They were in absolute dire turmoil, but they looked after each garment…. We don’t do that anymore, we just buy and throw things away, and fashion is very disposable.”

Bill Nighy agreed with her. “The clothes were fantastic, and women’s clothes in particular,” said the actor. “I personally think everything is kind of downhill from there since then.” The good-natured actor has few opportunities to slip on the style of the 40s onstage or on-screen. “I don’t do many period films, or period anything,” he said. “But I always write on the first page of the script, ‘This is not a period piece.’ Only to remind myself that for the character, it’s not any kind of period piece.”

In the film, Nighy plays the part of a “chronically self-absorbed, pompous, idiot” actor — something he claims little experience with. “That’s part of the mythology about actors — that they would fall over each other’s dead bodies to get to a role,” he said.

Family Ties: Chatsworth’s Dukes and Duchesses Step Into the Spotlight