Jamie Chung, Alexis Knapp and more helped the LVMH Champagne celebrate its three-decade status as the official bubbly of the Golden Globes. 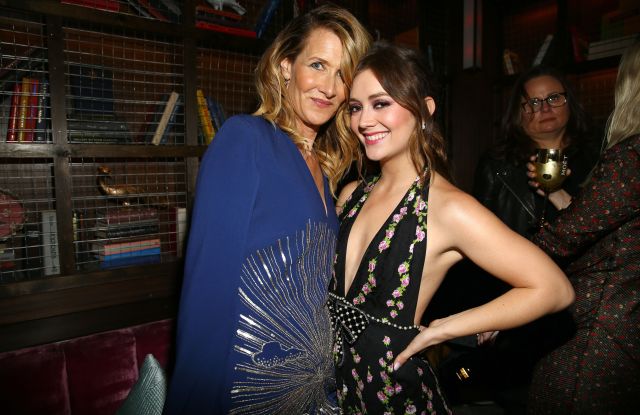 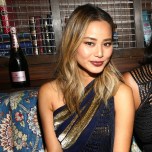 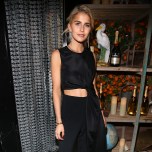 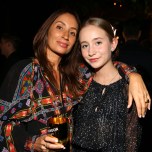 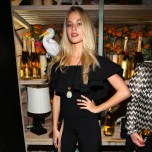 Golden Globe weekend officially began as the fabled 275-year-old Champagne house celebrated its nearly three-decade status as the official bubbly at the awards and the third annual Moët Moment Film Festival. Featuring Billie Lourd and Laura Dern, both currently starring in “Star Wars: The Last Jedi,” the party drew a stylish set influencers and rising talents at Poppy in West Hollywood to view some of the leading contenders in the film festival, which focuses on films 30 to 60 seconds long.

Lourd, who along with Dern serves as one the festival’s judges, playfully worked the red carpet on her way in and was ready to lend her eye to spotting a new generation of storytellers. “So far it’s pretty easy, but it could get crazy; I’ve never judged anything before,” she laughed. “I get to watch a bunch of incredible films that are probably better than anything I could ever imagine. And I get to hang out on my couch and take notes on them, and be inspired to maybe make some of my own. And then I get to go to the Tribeca Film Festival and announce a winner, and a second place and third place. I’m beyond excited.”

The young actress, a third-generation Hollywood star who reprised her “Star Wars” role of Lt. Kaydel Ko Connix alongside her late mother Carrie Fisher in “The Last Jedi,” said she relished the opportunity to sprinkle a little stardust on rising talent.

Lourd admitted she was still fretting about the outfits she’ll be wearing throughout Golden Globes weekend. “It’s tough! I look in my closet, I’m like, ‘Wow, there’s a lot of stuff in there.’ But when it comes down to it, it’s so hard to find things to wear. It’s such a high-class problem, right? Like, ‘I don’t know what to wear.’”

The actress said that despite her Hollywood lineage, her family rarely went overboard celebrating big industry events. “We’re more like ‘sit on the couch, eat Chinese food and watch it’ people,” she chuckled. “Maybe that’s what happens when you grow up in Hollywood. You end up laying low on the crazy weekends, and then doing things when things aren’t happening.”

It was a party-hopping night for Dern, who also made appearances at a J.J. Abrams-hosted fete for “The Big Sick” and Esquire and Maserati’s Globes bash.

Also on hand was actress Jamie Chung of Fox’s “The Gifted,” whom Moët tapped to concoct a specialty potable for Globes weekend. “For the 75th anniversary of the Golden Globes, we wanted to make a really beautiful drink,” said Chung, clad in a fringed Alexandra McCall dress. “We add Moët & Chandon Imperial Champagne, fresh squeezed blood orange juice, a drizzle of honey and a shot of hand-crafted tequila.”

Will Chung’s friends be partied out by Monday? “They’ll absolutely have a hangover,” she laughed. “If not, it’s not a party!”