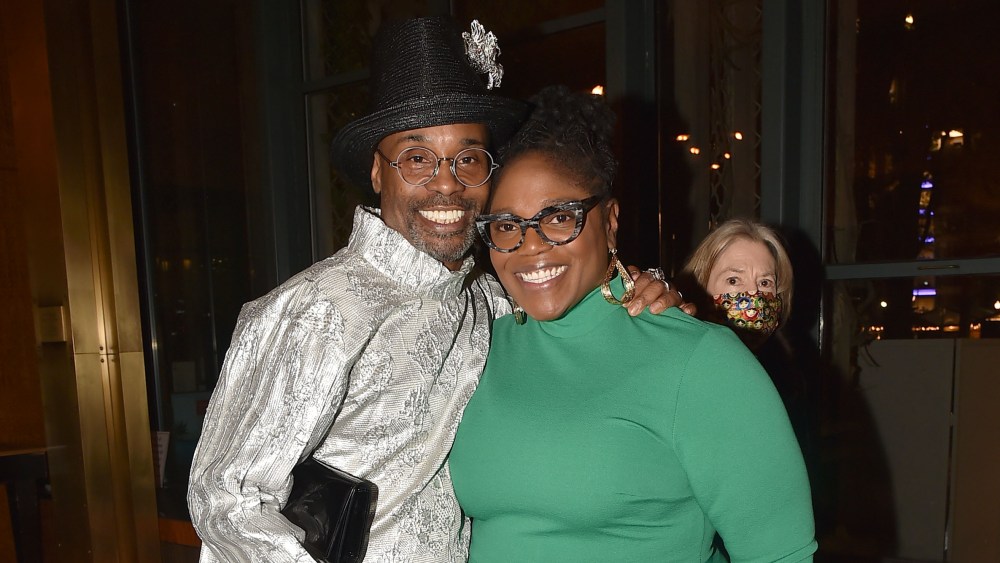 “I grew up in Pittsburgh, the Warhol is in my blood,” said Billy Porter, holding court by his table inside the Bryant Park Grill on Monday night.

The actor was cohosting a gala benefit in New York for The Andy Warhol Museum, a cultural institution that is featured in his forthcoming film.

“This summer I went home to direct my first feature film,” said Porter, dressed in a head-to-toe metallic look. “It was originally called ‘What If,’ but Marvel — those bitches — stole our title. They have a television show, and so we had to change. ‘Anything’s Possible’ is the working title right now. So I filmed it in Pittsburgh, and there was a moment that I wanted at the Warhol, and in exchange for using the Warhol, they brought me on to all of this fabulousness.”

The actor gestured to the lively dining room overlooking the winter village at Bryant Park, as his cohost for the evening — the artist Kaws, whose work will be featured at the Pittsburgh-based museum next year — discreetly slipped into his banquette seat next to Shaniqwa Jarvis. Other artist-guests included Lee Quiñones, José Parlá, Futura, Nicholas Party and Nona Faustine and Kennedy Yanko, who both donated work that was auctioned off live during dinner. Photographer Renell Medrano and boyfriend A$AP Ferg also came out to show their support for the museum.

Before taking his seat at a table with his sister Mary Martha Ford and Anne Pasternak — director of the The Brooklyn Museum, which will debut its “Andy Warhol: Revelation” exhibition, curated by Warhol Museum chief curator José Carlos Diaz, later this week — Porter offered a preview of his film. It’s a coming-of-age romantic comedy “In the spirit of the old John Hughes movies, populated with what the world looks like now,” he said. “It follows a Black trans girl who is a senior in high school. She gets a boyfriend, she falls in love, she gets into college, and it’s over. It’s about trans joy. It’s time to tell a different story. It’s about trans joy, and that’s aspirationaI for a lot of people. So the world needs to see it.”

The film, which stars Eva Reign and Abubakr Ali, will be released by Orion Pictures soon enough. “It’s done, honey — I’m putting finishing touches on the bitch. We have a lot of work to do, but it’s in good shape,” said Porter, who last month also released a new single, “Children,” and his memoir, “Unprotected.” “Buy my book — write about my book, tell the bitches about my book!” He added.

Andy Warhol, himself a master at self-promotion, would be proud.