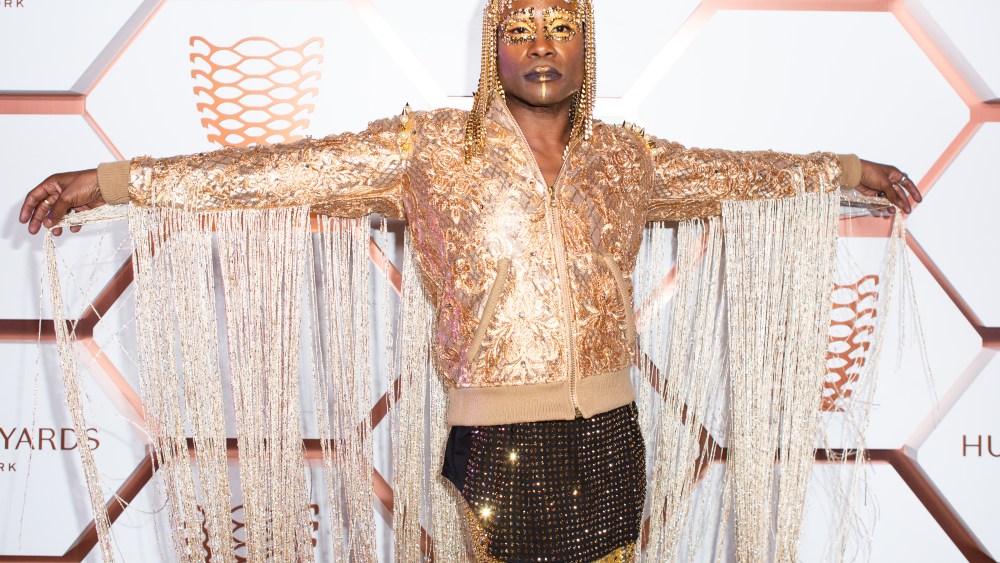 After the Met Gala on Monday night, Ryan Murphy threw a party for the cast of “Pose” and friends at Hudson Yards. When he arrived there close to 11:30 p.m., he swept through the room to a chorus of “yas.” But his strides were purposeful; first things first — he had to get his rhinestone-encrusted cape off.

“I’ve been wearing it for six hours,” he said of the Liberace-inspired look by Christian Siriano. “It was heavy. I need a break.”

The cape, he added, was 100 pounds — putting Katy Perry’s chandelier, which she proudly stated was 40 pounds on the pink carpet earlier that night, to shame.

“Katy and I talked about who has the heaviest outfit at the Met,” Murphy said. “I think I won. I was like, ‘I beat you.’”

Among “Pose” actors Dyllon Burnside and MJ Rodriguez — who changed out of her leopard-print dress into a more subdued nude look and switched to a long, yaki wig — were Janet Mock, Billie Catherine Lourd and Joe Zee. Dancers vogued on top of lit-up boxes that responded with a burst of color when touched by a foot or hand. Bette Midler showed up with her daughter Sophie Von Haselberg. Having forgone her heels for a pair of flats, she looked quite petite shuffling through the crowd toward the bar.

At about 1 a.m., Rodriguez motioned toward her friend and said, “We’re about to be out of here.” They made their way to the elevators when Laverne Cox and Billy Porter stopped them in their tracks.

Porter’s entrance to the Met Gala as Cleopatra on a litter lit up the Internet. He said his stylist Sam Ratelle, who stood dutifully behind him holding a purse, came up with the concept.

“Best idea in the room wins,” Porter said. It’s not the first time he’s become an online sensation for a look. His suit-and-dress from the Oscars became a piece of ensemble iconography.

“It’s sort of surreal because I’m the generation before the Internet. I’m going to be 50 this year and I never expected to ever break the Internet. I’m not a Kardashian, child, I don’t know how to do this,” he said. “I’m just excited that my true self is able to be expressed in this time. I’ve always been this person, but nobody cared before.”

Although Porter said he isn’t “a starstruck kind of person,” he was glad to meet Ava DuVernay, Miley Cyrus, Tessa Thompson, Mindy Kaling and Ezra Miller at the Met.

“I got to look people in the face who I admire and tell them why I admire them,” he added. “People who chose themselves, chose their truth, chose their authenticity, as the world cracks open because of it.”

Camp to the Extreme at the Met