The Los Angeles Clippers power forward traded in the shorts and jersey for a suit at Thursday evening’s event. 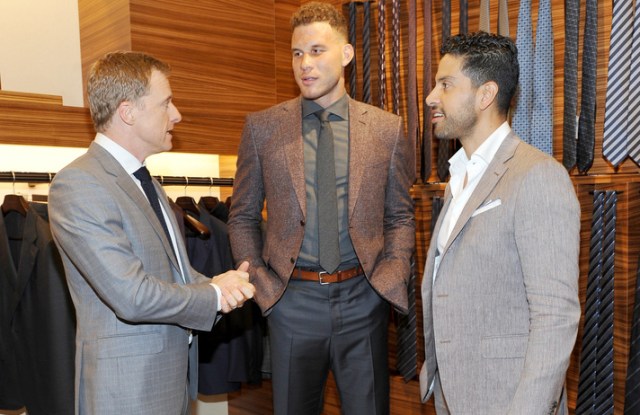 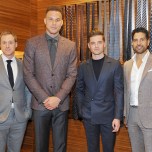 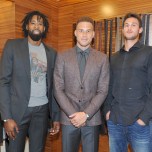 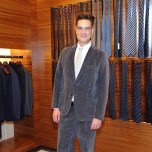 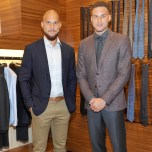 LA Clippers superstar Blake Griffin suited up for a good cause.

“Team Griffin Foundation is a foundation trying to inspire young men and women to give them organization, give them something to have, kind of like when I was growing up. I had people who were supporting me, giving me the right tools that I needed to be able to achieve my dreams,” Griffin said, taking a brief moment away from his guests to talk about the organization. “So we’re kind of doing the same thing, looking to have a greater impact in Los Angeles and Oklahoma, where I’m from.”

Griffin worked with Zegna about a year ago on a similar event for the first time to also benefit his foundation and said he hoped the evening could very well be something that occurs on an annual basis.

“I’ve been wearing Zegna for a while. It started a long, long time ago, my rookie year,” Griffin said. “Honestly, somebody told me about the brand, this store actually. It wasn’t here, it was down [where Burberry is now located] so I went there, got fitted, loved the suit and ever since then just grew a relationship.”

Griffin said he’s looking to grow the presence of the foundation in Los Angeles, especially given it has been his home for the past nine years. Between his charity work and work on the court, there’s little room for other projects: “I have a lot going on,” he said, maintaining basketball and the foundation are his two main focuses.

A New Generation at the House of Bijan Eyes $1B Valuation