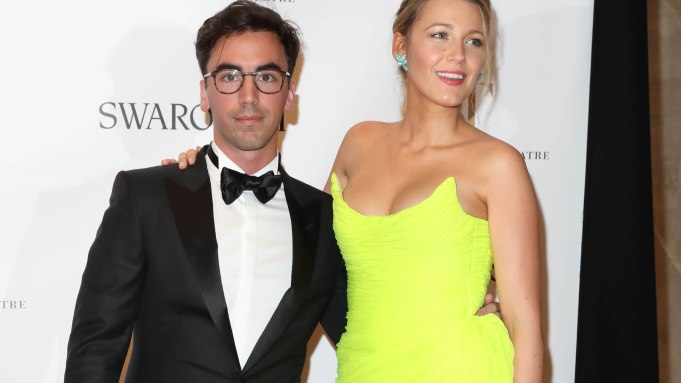 Monday night inside the David Koch Theater, sugar was on the brain.

The American Ballet Theater was holding its annual spring gala, the step and repeat for which was housed inside the Koch Theater as shelter from the rainy spring day outside, this year celebrating Alexei Ratmansky’s “Whipped Cream.” The ballet tells the story of a young boy who eats too much whipped cream and begins to have strange dreams of dancing baked goods.

“I can do a chocolate chip cookie but I’m not a huge baker — this one is a big baker,” said Katie Holmes, who arrived with her niece, Kathleen, and her mom.

“My mom took me to the ballet when I was younger and she got me into dancing lessons. We always come to the ‘Nutcracker,’” Holmes said of the family outing. “I come as much as possible. I took dancing growing up, and I just know the amount of work that goes into it and the dedication and the artistry. I just really enjoy coming and taking it all in.”

As usual, the actress wore a gown by her friend Zac Posen. “I went with something pretty because it’s the ballet, and I’m such a huge fan of ABT and the ballet, so I just wanted something to honor that tonight,” she said.

Hilton Rothschild’s dress selection for the evening was a little less romanticized. “I never wear pink — I don’t know the last time I wore pink,” she said of the sequined Oscar cocktail dress she had on. “I feel like there’s a pink sister and a blue sister, and Paris definitely owns pink in the family. But it’s a spring gala so I decided to dress the part.”

While Holmes feigned novice when it comes to confections, Hilton Rothschild claimed to be a pro. “I’m a huge baker,” she said, her specialty being cupcakes: “vanilla, with buttercream frosting and sprinkles.”