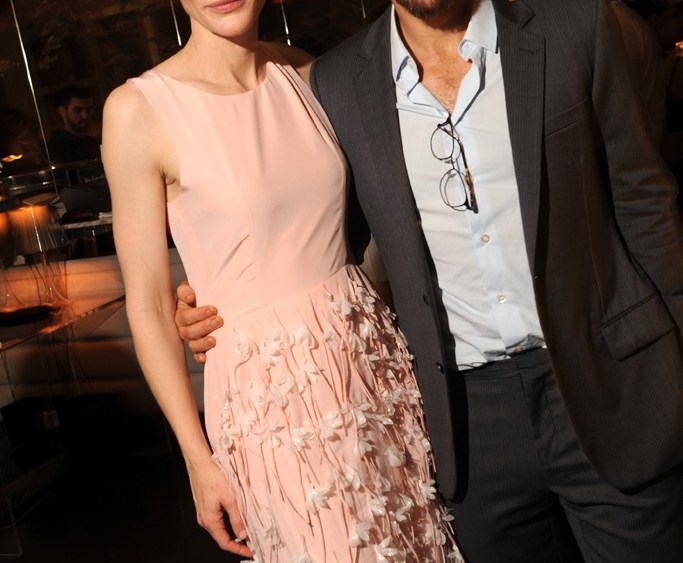 The director and playwright Leslye Headland was at Harlow in Manhattan on Monday speaking on the subject of strong female characters and great movie psychotic breakdowns. This was at the after party for the premiere of the new movie by Woody Allen, “Blue Jasmine,” in which Cate Blanchett’s title character makes a bid for the cinematic crack-up canon.

“It is fun, isn’t it? You look back to Joan Crawford and Barbara Stanwyck, that’s what the movies have always been about. If it isn’t about someone getting shot or killed or some big huge epic, there’s usually a crazy bitch losing her mind,” said Headland, who would know. She directed the 2012 dark comedy “Bachelorette” and wrote the play on which it was based.

Allen’s body of work is littered with terrific nervous breakdowns — Judy Davis in “Husbands and Wives” comes to mind. (Allen was unable to attend the premiere, so the film studies speak was up to the other auteurs in the audience.)

Blanchett’s Jasmine is an unbalanced New York socialite — she introduces herself by saying she’s from New York, Park Avenue. She is desperately trying to hang on to a semblance of dignity after her financier husband, played by Alec Baldwin, is found to be a crook on the scale of a Dennis Kozlowski if not Bernie Madoff. When he’s sent off to jail, Jasmine is left disgraced and penniless and can’t seem to come to grips with her new reality.

“Ugh. I was forced to take a job selling shoes on Madison Avenue. So humiliating,” she tells one character. “Do you have a-n-y idea what that’s like, one minute you’re hosting women and the next you’re measuring their shoe size and fitting them.”

Blanchett has been drawn to unhinged women lately. There was Hedda Gabler and Blanche DuBois, in productions by the Sydney Theater Co. that later played short runs in New York, and on Saturday she wrapped up another production in Sydney, “The Maids,” where she and Isabelle Huppert play a couple of murderous French domestics. Blanchett had just flown to New York on Sunday. She said she was attracted to the fine line the movie walks between dark humor and pathos.

“The situation she finds herself in is very extreme and often profoundly absurd. The wonderful tone and balance that Woody Allen is able to strike is he’s able to make you laugh at the most painful and absurd things imaginable,” she said.

Headland was one of several filmmakers to come out for the Peggy Siegal Co. and SK-II-hosted premiere. David Chase was there, as were a number of complicated women, like Martha Stewart and Natasha Lyonne. Solange Knowles, Lily Rabe and Adrian Grenier were also in attendance.

Allen issued a statement about missing the screening: “I’m in the South of France so I can’t be there this evening. I only wish I was in New York and couldn’t be there.”

Headland, for one, is thankful complicated women are getting ample screen time. She also name-checked Kristin Scott Thomas in “Only God Forgives.”

“These women are incredible actresses and they deserve characters that are this multidimensional. They shouldn’t just be playing someone’s wife. It’s like, ‘Thank God,’” she said. Her “Bachelorette” covers some of the same ground as “Jasmine.”

“Initially what you think the characters are about are these very superficial, materialistic issues,” Headland said. “What you realize throughout the movie is that their issues are extremely deep. They’re just latching on to these material things as an externalization of what’s unraveling inside. I hate to say this, but I can totally relate. This is a little bit like me in my apartment for 90 minutes.”