A spread of influential Brits came out to greet the mayor, including Alexa Chung, Marcus Wainwright and David Neville of Rag & Bone, and Luella Bartley. 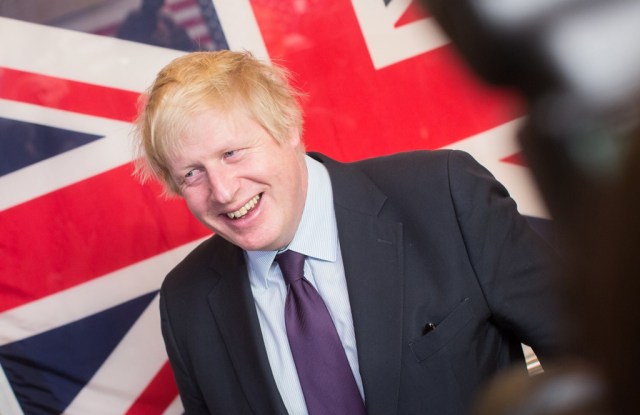 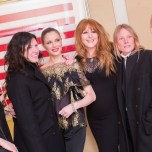 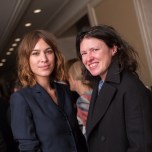 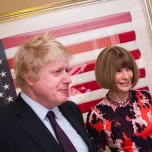 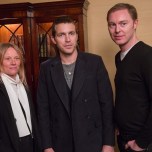 On Tuesday night, the mayor of London was holding court in New York. Boris Johnson, the famously mop-haired politician, was at Barclays’ headquarters on Seventh Avenue. “I consider myself a Londoner, but it’s great to be in New York,” said Johnson, who was actually born in the city. A couple of nights ahead of New York Fashion Week, Johnson took advantage of the opportunity to host a dinner with the British Fashion Council to tout the importance of British fashion. Back home, he has been a staunch supporter of the fashion business, playing an important role in London Fashion Week and in the expansion of the city’s fashion colleges.

“We believe strongly that fashion and design are central to the future,” Johnson continued. “Fashion is an industry that probably employs about 900,000 people in my country, and generates direct and indirect GDP of 49 billion pounds. It’s of huge importance.” A spread of influential Brits came out to greet the mayor, including Alexa Chung, Marcus Wainwright and David Neville of Rag & Bone, Luella Bartley and Anna Wintour.

Despite his dual citizenship, Johnson’s fashion allegiance lies with London. “London’s better,” he said. “We invented bondage trousers, and the suit.” He glanced around the room of the British bank for emphasis. “Every single man in this room is wearing something that was invented in London. And we do it better than everybody else,” he boasted, looking quite satisfied as he grabbed a glass of Champagne. His promotional duties for the day had been fulfilled.