The charity, which aims to end mother-to-child HIV transmissions by 2015, was marking its partnership with Shopbop.com. 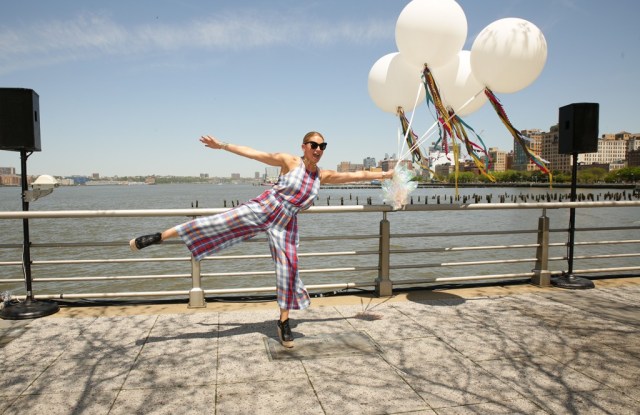 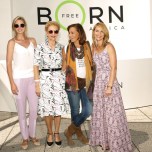 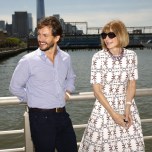 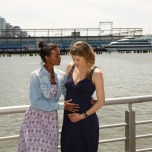 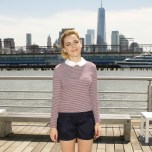 “Which one? I can’t decide,” Carolina Herrera said Sunday afternoon. She was in one of the few shady areas of Manhattan’s Pier 45, transformed into a lofty fairground for a Mother’s Day carnival in support of Born Free Africa. The charity, which aims to end mother-to-child HIV transmissions by 2015, was marking its partnership with Shopbop.com: the pair recruited a mix of designers (including Isabel Marant, Stella McCartney, Miuccia Prada and Herrera herself) and chic moms (Gisele Bündchen, Liya Kebede, etc.) to create a capsule collection to raise funds for their cause.

“They’re both so pretty,” Herrera said, considering two children’s wear items — a J. Crew drawstring skirt and a Victoria Victoria Beckham pleated dress — to spoil her great-grandchildren with. She decided to go with both after consulting with her daughter Patricia.

Inside, notables were easy to spot thanks to the collection’s distinctive tribal prints, designed by African artist Wangechi Mutu. Editors, designers and a handful of celebrities strolled up and down the pier checking out the high-brow stations (a portrait station with Sebastian Kim, temporary tattoo counters with Tatt.ly, a treats stand from Dylan’s Candy Bar) and munched on kid-friendly fare with their little ones.

“What is this?” Amar’e Stoudemire quipped by the bar after being tossed a mini-bottle of Poland Spring. It was essentially swallowed up by his hand. “Is this the smallest water bottle you’ve ever seen?” The Knicks forward was getting some hydration after taking free throws at the basketball booth. Kids scampered around dribbling with Stoudemire as their bewildered fathers took videos on their iPhones from the sidelines. “I hope so,” he laughed when asked if he thought he saw any talent on the court. “You know, I’m always about the competitive game.”

Toward the back, Pamela Love and Jennifer Fisher were on bead duty, in charge of the jewelry-making station. “I just love doing arts and crafts,” Love said. Keren Craig chatted with Jenna Lyons and Courtney Crangi, installed on a chaise nearby, while Kedebe’s brood hung out with Doutzen Kroes and her son by the water. Kedebe’s 7-year-old daughter Raee was getting pampered at the Sally Hansen manicure station. “She’s probably getting some crazy color,” she said with an eye roll. “Something glittery, something hard for Mommy to get off.”