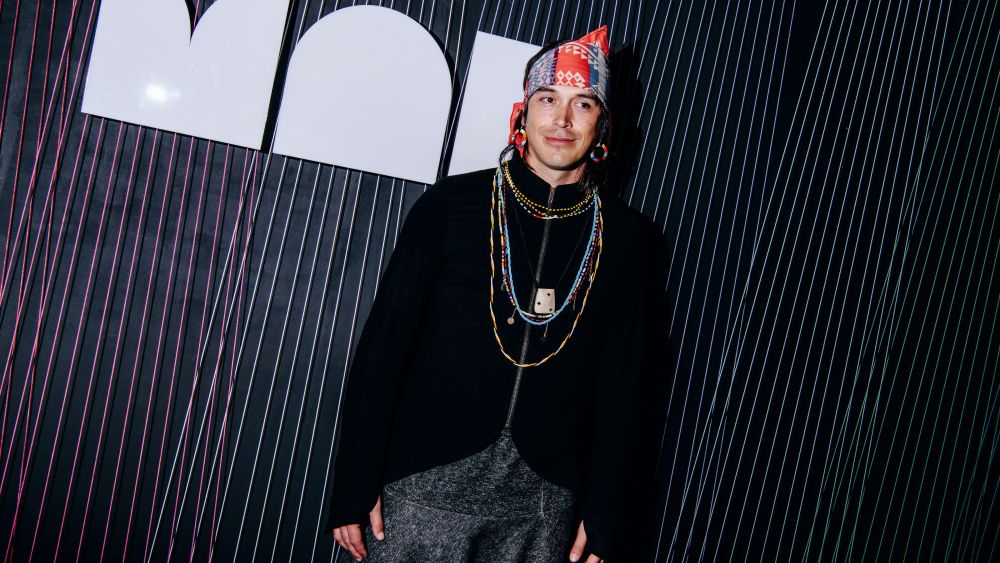 The artist Cannupa Hanska Luger wasn’t dressed like other attendees of the 2018 Museum of Arts and Design Ball at Cipriani’s 42nd Street on Tuesday night. While guests wore floor-length gowns and bow ties, Luger came in traditional Native American finery: beaded necklaces, a headband and round, beaded earrings.

“If I was invited to one of these places, I like to represent myself rather than submit to the will of this environment,” said Luger, who is of Lakota and Mandan, Hidatsa and Arikara Native heritage. “This is black tie. This is about as black tie as I could get.”

But what Luger wore didn’t matter as much as his being named the winner of the Burke Prize — an honor that also awarded him $50,000. Luger, along with the 15 other Burke finalists, all have work on view at MAD as part of “The Burke Prize: The Future of Craft Part 2” exhibition.

“It is a level of appreciation to the effort that I’ve made thus far in my practice, without this sort of support,” Luger said prior to the announcement of his win. “It’s really nice to feel supported by a society at large [for which] you’re attempting to help perpetuate issues and conversations. You feel like you’re a bridge-builder in society as an artist. It’s nice to be amplified through one of those pillars that need bridging to.”

Selldorf, founding principal of New York-based architecture firm Selldorf Architects, was a bit shy and reluctant to accept praise for her work. She attributed the win to the employees in her office.

“I perceive it as: we’re all being recognized, and I’m just the standard bearer,” she laughed.

While guests — including Anna Sui, Anh Duong and Bottega Veneta’s chief executive officer of the Americas Gerrit Ruetzel — milled around during the cocktail hour before dinner, they checked out various pieces of art on offer during the silent auction. Eccentric jewelry from Paolo Costagli, pieces by artists such as Hein Koh and Ted Lott — with a particularly impressive set of six painted plates by Kehinde Wiley — were all fair game for bids.

Sui said MAD held one of her favorite exhibitions ever last summer: “Counter-Couture.” (She went four times.) The designer was fresh from Beijing, where her brand staged a fashion show for Tmall’s fall collection. When asked whether she’s seeking more companies like Tmall to pair up with in the future, she simply responded: “We’re talking.”

Waiting Out the Midterm Results with Spaghetti and Sofia Coppola