Stars packed themselves into the store on Rodeo Drive for cocktails before heading to the Sunset Tower for dinner to celebrate Friday’s opening. 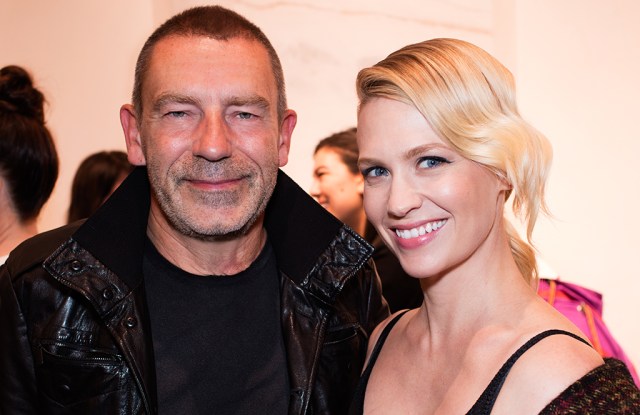 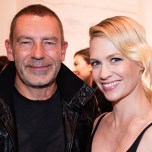 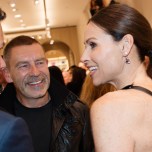 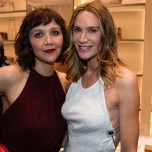 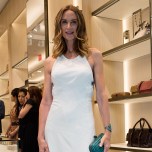 The Champagne flowed Thursday night from Rodeo Drive to Sunset Boulevard with Bottega Veneta’s two-part festivities, which took guests from its new maison for cocktails in Beverly Hills to a more intimate dinner affair at the Tower Bar in West Hollywood.

The evening’s celebration began at the new store as a sizable chunk of Hollywood had full access to roam the 4,828-square-foot store. Despite the space’s airiness, the store’s entrance proved popular with most guests, including Maggie Gyllenhaal, Andie MacDowell, January Jones, Camilla Belle, Ethan Gregory Peck, Ron Livingston, Rosemarie DeWitt and Selma Blair, who all packed themselves in at the front of the house.

“I’ve only come through the entrance but it’s beautiful,” Jones said. “The staircase is my favorite.”

The actress, who saw pictures of the store earlier in the day, said she’s enjoying her time off with “Last Man on Earth” currently on hiatus and not picking back up again until the summer, leaving her plenty of time to take some much-needed vacations.

As the evening wore on, the swarm closest to the door grew larger before a seemingly sudden dissipation as the party moved outside to the curbside valet. They climbed into cars that whisked them to the Sunset Tower Hotel for a slightly more civil affair in the dimly lit Tower Bar where live jazz played softly as Kate Beckinsale, Alison Brie, Marisa Tomei and others trickled in.

MacDowell was one of the few to be seated at her assigned table as the clock ticked closer to 9 p.m. and the waiters’ appeals to the rest of the guests to please start heading to their seats fell on deaf ears. The actress earlier in the evening managed a full view of the Rodeo Drive store, giving it a rave review, for surprising reasons.

“I love the design of the store; it’s a beautiful store but it doesn’t distract you from the clothes, which I think are the most important part,” she said. “I think some places are noisy, the architecture feels so noisy that you have a hard time enjoying the clothes and I thought there was something very soothing about the design. Even the roundness of the railings going up the staircase, I just thought there was a softness and gentleness to it that allowed the clothes to be the show rather than the architect. And I think that’s important because that’s what they’re selling.”

The actress said she just recently shot a pilot for ABC called “Model Woman.” “I don’t know if it’s going to be picked up or not but we’ll see. Hoping. Fingers crossed,” she said.

Bottega’s creative director Tomas Maier found the evening’s festivities to be a welcome change of pace after arriving in town Tuesday to put the final touches on the store before heading up to Montecito to spend his Wednesday and then returning to Beverly Hills Thursday in time for cocktails and dinner. It was a fitting respite after the two years of construction the maison underwent.

And even with the 70 or so guests, Maier’s choice of venue for the dinner managed to create just the right calming environment to cap the evening.

“I like this place,” he mused. “I always come here when I come to town. It’s such a good place. It’s special. It has a nice ambiance.”