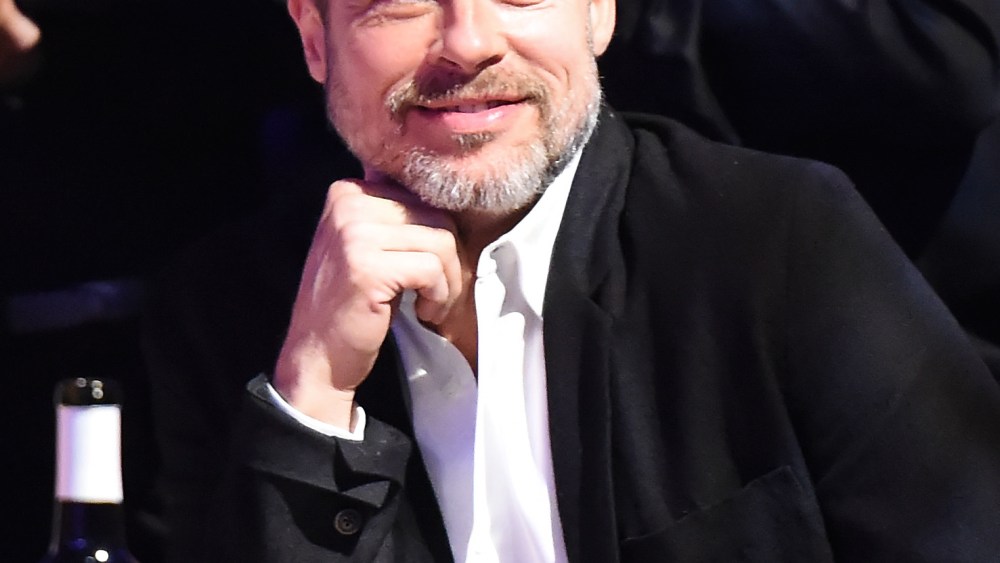 “I know we’re both hesitant to talk publically about the work we do behind the scenes, but the truth is in my private life there is no one that I reference more than you as an inspiration for me and as a role model,” Leonardo DiCaprio said of Sean Penn on Saturday night in front of a crowd that included Brad Pitt, Emilia Clarke, Kit Harrington, Lena Dunham and Allison Williams.

The stars gathered at Milk Studios to support Penn’s J/P HRO organization, which helps people in areas affected by natural disasters rebuild their homes and communities.

“I think people forget there are so many things going on in the world,” said Guatemalan and Puerto Rican actress Adria Arjona. “It’s so hard asking people for help, but after three months there are still people suffering repercussions of the storm. For this event to happen tonight, three months after, it’s a beautiful reminder that people still need help.”

“I come almost every year,” Beauvais said. “When you have someone like Sean Penn and Leonardo DiCaprio showing up for your country it means the world because people pay attention to what they do.”

Britton agreed noting, “I really love watching the template that they’re creating. What they do is something that can help us all who are trying to do good in the world. It adds some structure and some focus.”

Inside, Penn welcomed his guests before freeing the stage for a live auction. Sofia Boutella performed a cabaret dance to showcase a custom dress Jeremy Scott designed for Madonna’s Rebel Heart Tour, and a bidding war ensued between Pitt and other guests for the chance to watch “Game of Thrones” with Clarke. The event raised nearly $4 million.

DiCaprio was then honored with a humanitarian award for his work on climate change. “The biggest challenge now is to make sure everyone knows what’s at stake and how climate change will impact them in their future,” he said. “[The government’s] denial of so much scientific evidence belongs in the “Earth is Flat” chapter of human history. Until we have a federal government that is competent on these issues we all need to keep fighting back. We can make a change before it’s too late.”

In a surprise ending to the night, James Taylor serenaded the crowd with his hits such as “Steamroller” and “Mexico.”