At the New York Philharmonic Fall Gala, a Break With the Past

Outgoing Philharmonic chairman Oscar S. Schafer and his wife Didi received honors, and a shift with the new guard could be felt. 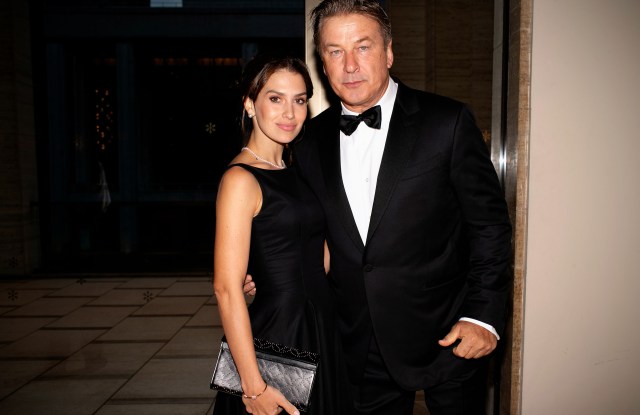 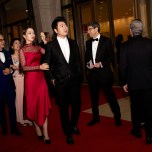 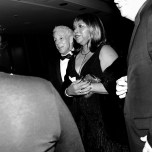 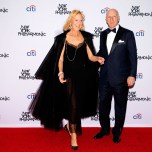 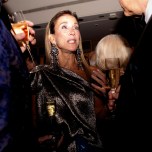 To an outsider’s untrained eye, it was business as usual at Lincoln Center’s David Geffen Hall: a sea of tuxedos and floor-length ballgowns, New Yorkers from old money and a classical music concert played by the orchestra and guest pianist Lang Lang.

But the differences compared to Philharmonics past were palpable.

A new music director, Jaap van Zweden, and president and chief executive officer, Deborah Borda, injected unprecedented life into the performance — at one point, van Zweden was so passionately rocking back and forth while conducting that his baton broke in half and went flying into the violinists’ area.

The first black principal clarinet in New York Philharmonic history, Anthony McGill, led his section in one of his first concerts of the season.

And Bradley Cooper, who has taken an interest in the Philharmonic since he started researching an upcoming role as former music director Leonard Bernstein, came to the concert and dinner. Cooper took photos with Lang Lang and shook the hands of Philharmonic board members like they were friends from way back. (Maybe that’s not too far off, since, according to whispers from some guests, Cooper has thrown himself into the Philharmonic, and attended lots of events and concerts this year.)

Lang Lang was also greeted like a rock star after his performance in the concert hall ended and he trooped to David H. Koch theater across the way for dinner. People applauded him while he walked to his seat with his wife Gina Alice Redlinger, whom he married this past June.

The pianist said he has been feeling a shift in the classical music landscape, and that leaders of the genre like Borda and Zweden are seeking new avenues to invite first-time listeners.

“I think Maestro Zweden is trying to do a lot of new things here,” Lang Lang said. “They always have a new vision. What they do is really fresh.”

Borda said this includes wooing influencers and fashion folk through free concerts, a new festival lineup and the opportunity to check out closed-door rehearsals.

“Last season, we gave a week of free concerts called Phil the Hall, where we brought in first responders, school teachers, firefighters,” Borda said. “We built mini festivals throughout the season. We’re thinking about how we can place music in a larger cultural context. For example, the story of immigration, why this is such a great city because of it, and telling that story through our concerts.”

One aspect of the Fall Gala that has stayed the same for 10 years is Alec Baldwin’s involvement as a board member. He showed up with his wife Hilaria, saying they were probably going to sneak home early.

“We’ll go to the dinner for a little bit, but we’ve got so many kids,” he said.

The couple is going through a huge change of their own: Hilaria is in the first trimester of pregnancy with her fifth child, and it was top-of-mind for her on Monday night.

“You do it as many times as I’ve done it, and people give you sympathy, which is very sweet, but you’re just like, ‘I’m OK,’” she said. “I was really tired at the beginning. I had to cancel a trip to L.A., but it was kind of nice. It was an opportunity for us to sleep.”

Alec Baldwin’s niece Hailey Bieber made headlines this week when she posted photos of her wedding to new husband Justin Bieber. And, by extension, Alec and Hilaria Baldwin also made headlines — because they weren’t at the South Carolina church to witness the nuptials. When asked what they think about all the scrutiny over their absence, Hilaria Baldwin cut in.

“No, no, we’re not going to talk about the wedding,” she said, stammering. “The idea for us to travel with four kids right now, while I’m pregnant, not allowed to fly right now, is just crazy.”