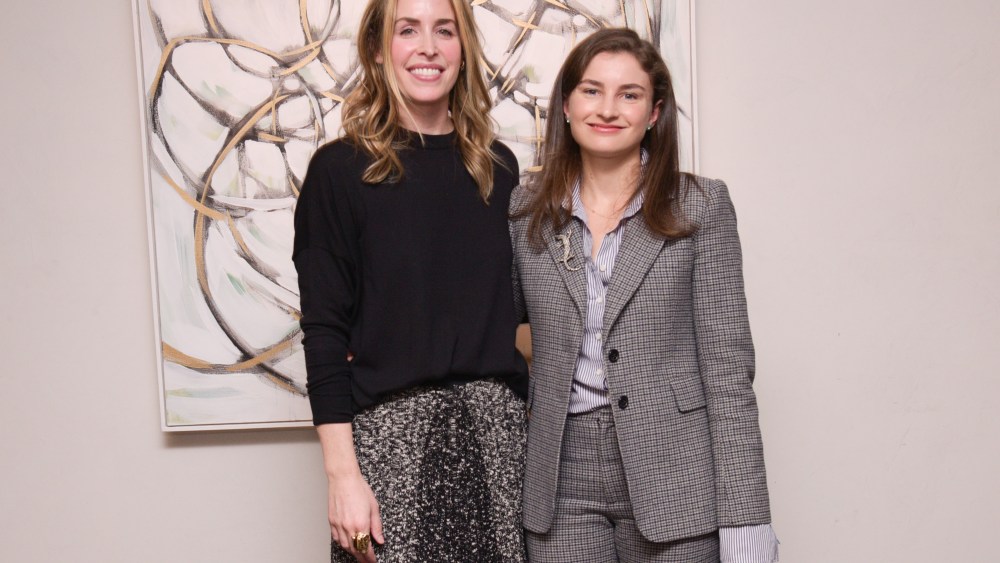 How does the Fashion Institute of Technology plan to attract a younger membership? By giving them Brett Heyman, Chloe Malle and white wine, of course.

“It’s so important to have glamorous, beautiful young things at events, so this is a lovely way to encourage that,” said Valerie Steele, director and chief curator of The Museum at FIT, from the downstairs room at Avra Madison. The Couture Council rented out the space for its first annual luncheon kicking off New York Fashion Week. The luncheon featured a tête-à-tête between Edie Parker’s Brett Heyman and Chloe Malle. Guests sipped white wine and munched on the Greek restaurant’s charred octopus, Greek salad and souvlaki.

“That was very much the thought of the members of the board of the Couture Council,” explained Steele. “Here is [Heyman], someone who is young and creative and talented, and Chloe knows all these young and fun people.” Among those young and fun people were Gucci Westman, Nicky Hilton Rothschild, Wes Gordon and Paul Andrew. Malle’s mother, Candice Bergen, also made a surprise appearance.

Yaz Hernandez, wearing a pristine white Michael Kors suit, emphasized that the tête-à-tête was conceived of as a way to differentiate the luncheon from the one the Couture Council hosts in the fall.

“We decided instead of doing the same format, we wanna do it a little different and for a younger group, highlighting the efforts of somebody up and coming,” she said. “It’s because the others [who attend the fall luncheon] are more established, so this is young.” She hopes to book a larger space in the future, as this year’s event sold out in two weeks.

Hernandez also let slip that Brett Heyman is opening a store next week on Madison Avenue between 67th and 68th Streets. The store would offer a space for all of Edie Parker’s products and could be an indicator that Heyman might expand her brand. Heyman actually expressed an interest in collaborating with Paul Andrew once again on a shoe line (the two first released a capsule collection of eight shoes in November 2016), and entertained a suggestion from an attendee that she venture into jewelry.

There’s time for both of those yet. First things first: fashion week.