“I never told anybody I wanted [Brie] to play me because it was too diva-ish,” revealed author Jeannette Walls. 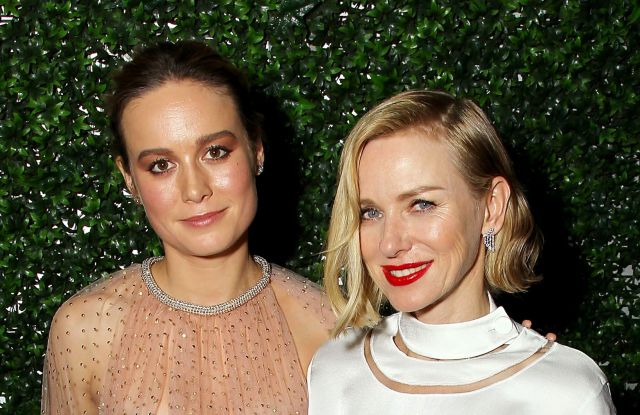 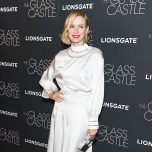 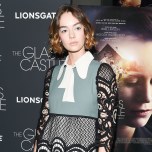 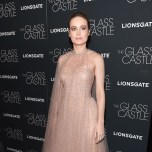 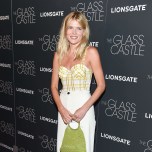 Author Jeannette Walls stood confidently before a barrage of flashbulbs at the red carpet premiere of “The Glass Castle” Wednesday in New York. The former columnist, whose best-selling memoir turned feature film opens wide this week, cut a glamorous figure in a cream-colored Ralph Lauren pantsuit — a far cry from her transient and often dysfunctional upbringing.

“[This suit] is out of my comfort zone,” exclaimed Walls. “I’m in Virginia now — I’m a hick. For me, dressing up is shoes that aren’t waterproof.”

“I never told anybody I wanted her to play me because it was too diva-ish,” she revealed. “She just ended up that way. I grew up without a television and I didn’t know these movie stars and stuff like that. My dream was to have a flush toilet, OK? We’re not talking about who’s going to play me in a movie. I just wanted to pay the bills and not be ashamed of who I was.”

Larson, who arrived fashionably late to the premiere in an ethereal blush-toned Monique Lhuillier gown, was quickly greeted by Fendi-clad costar Naomi Watts (who plays Walls’ mother). Despite the pair commanding a majority of the film’s dialog, both actresses kept press interviews to a minimum at the screening.

Zac Posen — who is busy preparing for New York collections — attended in support of pal Watts at the event. “I haven’t read the book so I’m excited to be surprised,” he noted.

Many guests of the screening were overcome by the film’s stirring plotline as waves of emotional sniffling spread throughout the auditorium. Afterwards, the crowd shifted to Catch NYC for an after party on the restaurant’s upper level open-air balcony overlooking the meatpacking district.

Wearing a light blue Salvatore Ferragamo suit, actor Max Greenberg — who plays Walls’ fiancée in the film — explained the joys of working with a stylist when attending events. “I probably would have thought this [suit] is really nice, but I would have never worn it. My stylist picks things out and when I put it on I’m like, ‘Oh my gosh I’ve never looked so good in my life.’”

Naomi Watts Will See You Now