Brie Larson danced with Kate and Laura Mulleavy at the Jane Hotel for the Rodarte spring 2019 after party. 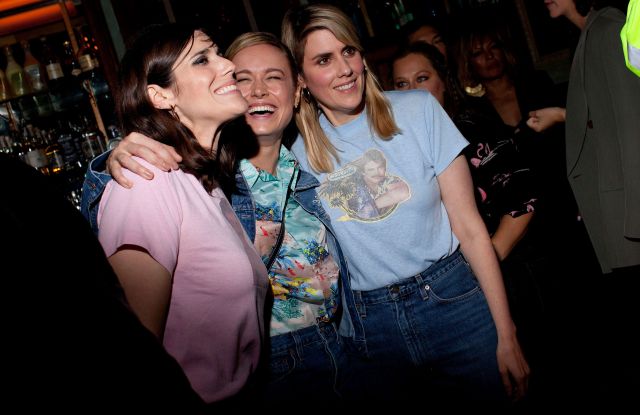 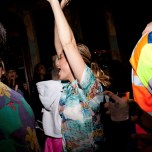 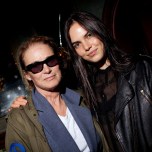 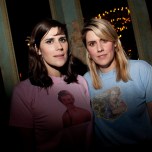 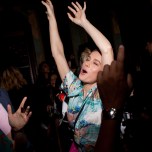 Rodarte’s return to New York Fashion Week brought back not only one of the most buzzed about shows of the week, but also the one party that has earned a reputation for being the most actual fun of the week. (Not to say that celebrities don’t let down their hair at more, shall we say, formalized bashes…but they don’t.)

Sunday night’s get together, at the Jane Hotel, was different though; Just look to Brie Larson, who, after sitting front row at the brand’s show earlier in the evening, changed into a printed denim jacket, Hawaiian shirt and high-tops for a night of nonstop dancing to Eighties music atop the hotel roof. The Jane is no longer a particularly cool party destination — and we know how the fashion crowd likes to take their parties to wherever is newest, hottest and yet-to-be-seen — but the Rodarte sisters prove how unbothered they are with being cool by throwing a come-one-come-all dance party, complete with Domino’s pizza, until the wee hours of the morning. And Larson, who will make her debut as Captain Marvel in March of next year, seemed to be having the time of her life.