Adam Driver had his picture taken by eager photographers; Emily Ratajkowski walked in with Michael Kors, and Jake Gyllenhaal was running late. 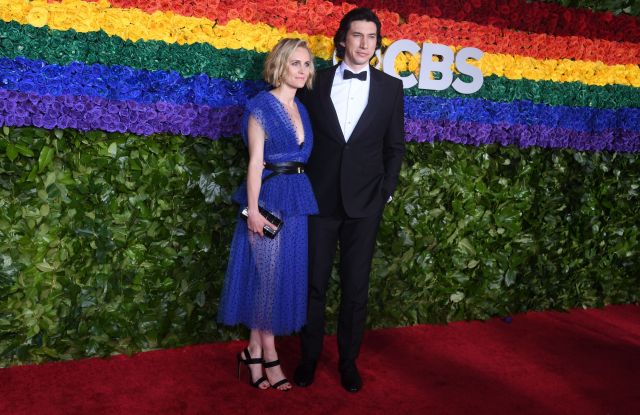 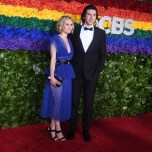 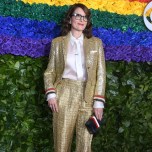 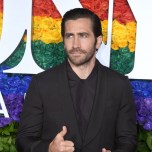 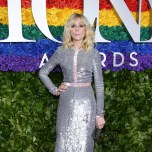 At the 73rd annual Tony Awards on Sunday night in New York, the stars from Broadway and beyond discussed what they were most excited about for the coming evening — a common occurrence on red carpets. But for Rachel Brosnahan, who arrived as the date of her self-proclaimed “bestie,” Rachel Sussman (nominated as a coproducer for “What the Constitution Means to Me,”) the most thrilling part of the night was supporting her friend.

The “Marvelous Mrs. Maisel” actress said she’s currently in the middle of shooting season three of the Emmy-winning show.

“We just crossed the halfway mark,” she explained. “And I’m gearing up to shoot a film which I’m producing in the fall called ‘I’m Your Woman’ with Amazon Studios.”

Behind them, Adam Driver had his picture taken by eager photographers; Lucy Liu passed by in a purple tulle dress, declining interviews with a polite smile; Emily Ratajkowski walked in with Michael Kors, and Vanessa Hudgens showed up, too, her hair slicked back in a wet look. Most of the attendees sported pins stating their political alignments and which organizations they supported. There were rainbow flag pins, ACLU ribbons and Planned Parenthood pins everywhere. This being Pride Month, a rainbow of roses lined the carpet; orange, purple and yellow petals fell to the floor as the night wore on.

Jake Gyllenhaal was running late to present the first award — for which he reportedly hadn’t rehearsed.

Marisa Tomei said she was most looking forward to “just staring at Heidi Schreck, because she’s a genius.”

Tomei, who’s starting to rehearse for the upcoming Broadway play “Rose Tattoo” in the fall, said there’s only one way to cure her pre-show jitters.

“A lot of mediation,” she explained. “I have to visualize a very safe space. If I don’t do it, then I start getting paranoid.”

Cynthia Erivo, with feathers on her dress and glitter scattered across her decollate, said she felt right at the Tonys.

“It feels like going back home,” she said, adding that she couldn’t wait to see Jeremy Pope, a good friend of hers and a first-time nominee. “He’s like my little brother and he deserves all the good things that are happening for him. I cannot tell you how hard he works. You’ve only seen a small amount of it.”

Pope, nominated for two roles in “Choir Boy” and “Ain’t Too Proud,” said in a previous WWD interview that he’d turned down the chance to be in the Temptations biopic five times before he agreed to take on the character.

“The universe could be trying to give you something five times, trying to give you a Tony nomination five times and I’m sitting here like, ‘Nah, I’m good,’” he joked on the carpet. “Like, how dare you! I had to change my way of thinking. I had to go, ‘Maybe it’s not about the job that I’m trying to get after, but maybe about getting in that room and just having that experience.’”

Brandon Uranowitz, who appeared in “Burn This” opposite Driver, said of his costar that he is never outside of his character, and is always focused.

“Adam’s super dedicated and passionate,” Uranowitz explained. “And gives every single fiber of his being into the rehearsals, into the tech, into every performance. It’s sort of remarkable. He’s fully present when he’s working.”

A very popular star walking the red carpet was Jesse Tyler Ferguson of “Modern Family” fame. He gave hugs to almost everyone who crossed his path. Like Brosnahan, he was jazzed to function in the supporting role for his husband Justin Mikita, nominated in the Best Revival of a Play category for “Torch Song.”

“I’m actually his plus one this evening,” Ferguson joked. “He’s been my date to many awards shows, so the tables have turned.”