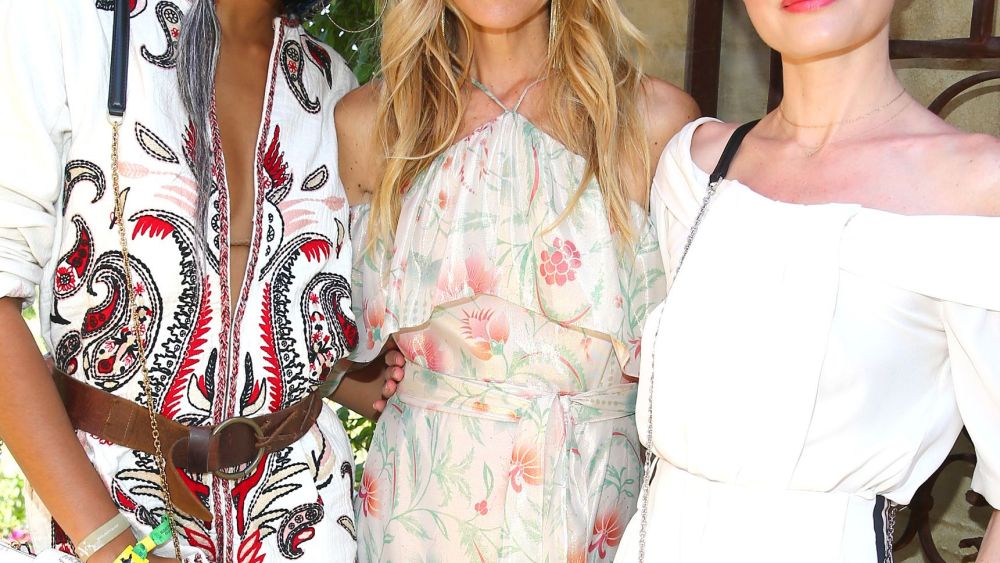 “It’s the calm before the storm of the other parties and the festival,” said Rachel Zoe, surveying the scene at her third annual Zoeasis Style Retreat presented by The Zoe Report in Palm Springs on Saturday. “It’s Coachella our way — slightly more zen, slightly more serene, but obviously still fun.”

Dressed in an airy, shoulder-baring dress from her spring collection (“Either look like you have nothing on, or feel like you have nothing on, or both,” she quipped,) the hostess invited a handful of guests including Brooklyn Beckham, Kate Bosworth, Jamie Chung and Olivia Culpo to kick off the day’s festivities with a leisurely and intimate alfresco brunch on the grounds of the private estate.

“Waking up every morning and putting on your favorite look, that’s part of the Coachella fun,” said Chanel Iman, who showed up in a Rachel Zoe Collection fringe coat, teamed with an MCM cross-body bag. “I kind of do me,” explained the model of her approach to festival style, which includes high-waisted pants and crop tops, layered with vintage accessories.

Dressed in a festival-ready RZ ensemble, longtime Coachella fan Bosworth confessed she was skipping the performances this year. “I’ve passed that baton a bit to my stepdaughter. She’ll be running around and getting dirty and getting blisters on her feet,” said Bosworth, who was motivated in part to come to the desert with her husband, Michael Polish, to support longtime friend Zoe.

To better capture their Instagrammable looks, guests were each gifted Google Pixel phones, paired with the newly launched Zoe-designed case. “I am constantly trying to figure out on my end how to merge fashion and tech, and this was a perfect opportunity,” said Zoe of the case, which enables users to create a custom wallpaper experience on their device. “Google makes such sense for us. And the camera is insane,” noted the designer and stylist, who has already been putting it to good use. “I’ve been photographing everything — my boys, my friends,” she said, before gesturing towards the sweeping, cacti-studded desert views. “And this. There’s so much beauty here.”