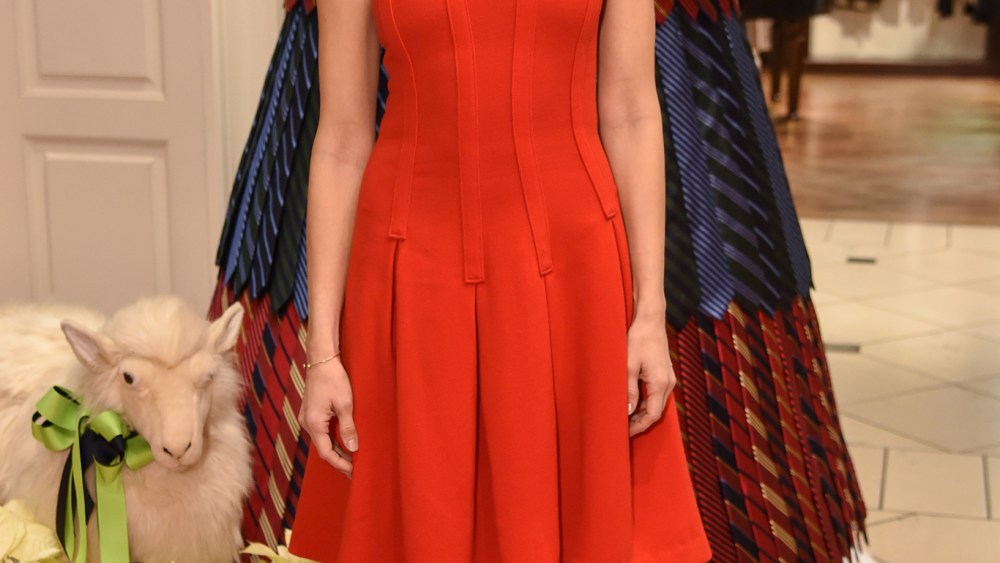 Let the holiday party season begin. On Saturday, Brooks Brothers welcomed a crowd of celebrities and their kids to its annual holiday bash to benefit St. Jude Children’s Research Hospital.

“This is like my home on Rodeo,” quipped “Black-ish” starlet Yara Shahidi while standing near a Christmas tree made entirely of ties while Dan Bucatinsky, Ariel Winter, Jack Falahee and Lyn Paolo poured in.

“I’m going to have to sneak away from my family and hope that they don’t see me [shopping],” continued Shahidi, who also modeled in a campaign for the clothier, which was donating 10 percent of sales to the hospital. “The bow ties are my favorite. I put on my brothers’ bow ties for them.”

Elsewhere, Matt McGorry, who recently made his campaign debut, was extolling the merits of Brooks Brothers’ thermals and tank tops. “People would text me pictures [of the ads] on cabs. I get distinct memories of seeing Adam Driver in the Gap campaign and thinking ‘Wow, that’s pretty f–king cool, that’s a big thing’ and then here I am. It’s a little surreal.”

Tony Goldwyn, who’s often outfitted in custom Brooks Brothers “Fitzgerald” cuts for his presidential role on “Scandal,” mentioned his plan was, “really seeing the kids and some old friends.”

Luckily, he didn’t have to look too far. Children were scattered across the store taking pictures with Santa Claus, having their portraits illustrated, decorating cookies with Camilla Belle or creating ornaments like Rachel Zoe’s sons Skyler and Kaius. “They love this event,” Zoe said. “We came last year. I think we were the last ones to leave, but we can’t do that this year because they ate so much candy and Kaius needs to go to sleep.”

As the hot cocoa flowed freely, servers wearing “Nutcracker”-inspired costumes kept guests like Ashley Tisdale, Jesse Metcalfe and Cara Santana stocked with sweets. Nearby, Ed Weeks admired an emerald shirt for his mom while Margaret Qualley walked out with Christmas gifts possibly for her dad and brother. Already holding her purchase, Abigail Spencer said, “I love this coat.”