The ethical footwear brand presented its spring collection as part of the roving "Art in Resonance" event.

The Brother Vellies presentation at the Peninsula hotel in Paris.

BAND OF SISTERS: The Peninsula hotel in Paris on Thursday celebrated the second edition of its roving “Art in Resonance” event, featuring exhibitions by three artists in addition to the first presentation in Paris of ethical footwear brand Brother Vellies.

“Given the intersection between art and fashion, we thought it made sense to bring it to Paris, and it’s very timely to do it during fashion week because you’ve got a sort of captive audience,” said Isolde Brielmaier, who curated the show with Bettina Prentice.

“One of the biggest things for us was thinking about art that touches all the senses and art that kind of really asks you to put your phone down for a minute and engage with it,” she added. “And then you can pick your phone back up and take your selfie.”

Brielmaier said the exhibits would remain in place until the FIAC contemporary art fair next month. The “Art in Resonance” program was initially launched in Hong Kong during the Art Basel fair in March and will return there for its next edition, before heading to Tokyo. 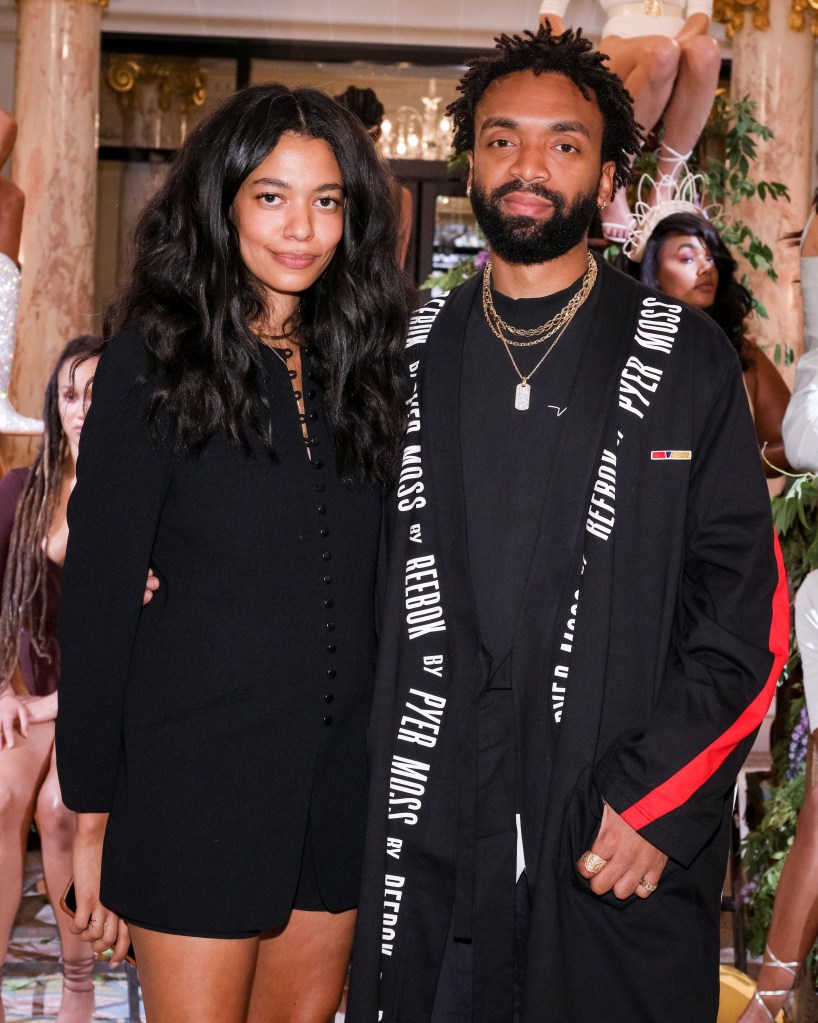 Aurora James, founder and creative director of Brother Vellies, showed her spring collection on a group of models in flesh-colored bodysuits arranged in a tableau vivant.

“I thought it was really important for me to fill a Parisian space with beautiful black women and really have them own a space, especially a place that’s as historic and amazing as the Peninsula hotel,” she said.

Among the new footwear styles she showed were Swarovski-embellished sandals with wooden heels hand-carved in Kenya, and woven raffia sandals trimmed with springbok fur. Alongside a new boxy top-handle handbag in crocodile leather, James also introduced her first line of belts.

“I really liked the idea of showcasing the elements that the women were using to support themselves, which is like the belt, and the heels, and the corset. It’s really about owning your entire strength,” she said.

“This is a really important time for artists right now. How you celebrate women, how you support women, is such a major element to who you are as a person,” she added.

The designer, who was selected as one of WWD’s Ten of Tomorrow emerging talents in 2016, noted she recently won Planned Parenthood’s Influencer award at the Congressional Black Caucus Foundation’s annual legislative conference in Washington, D.C. 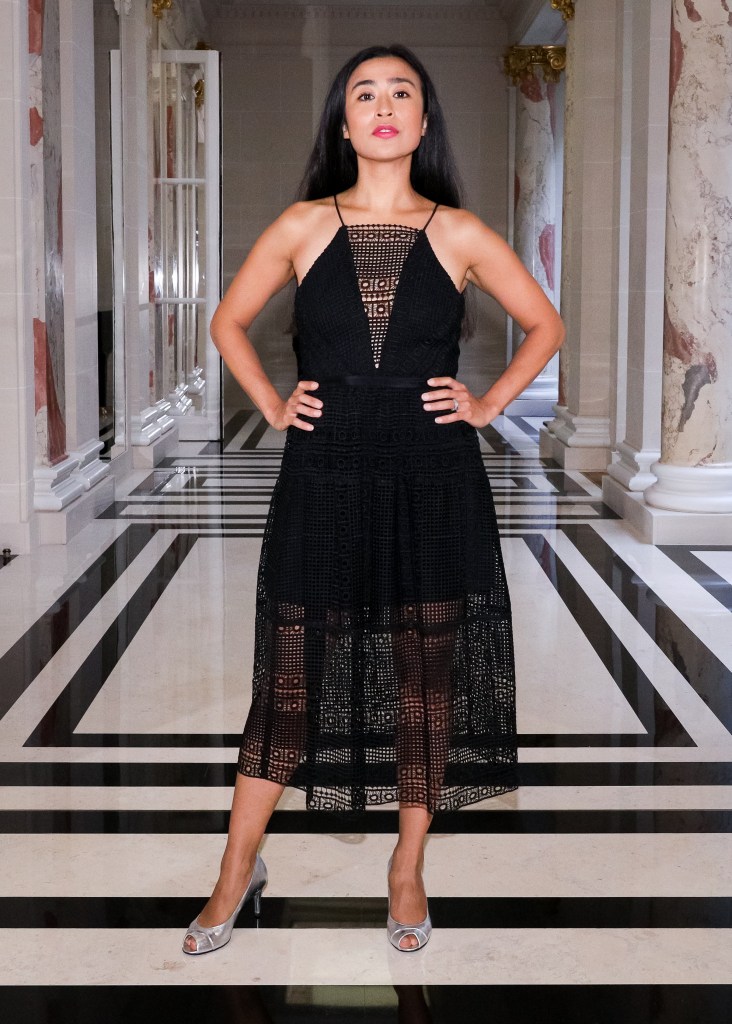