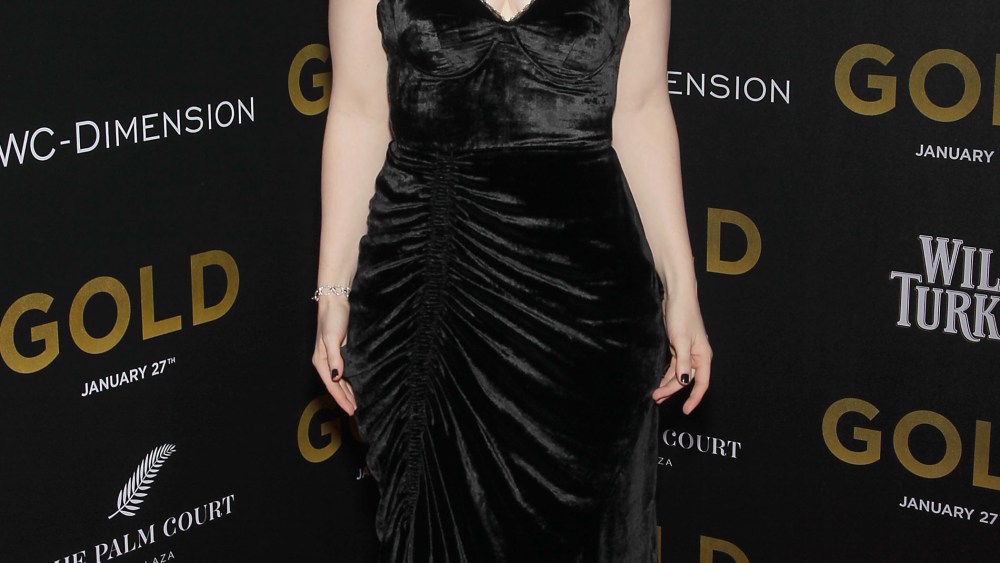 An Eighties-inspired gold lamé dress has no room in Bryce Dallas Howard’s personal closet, but it certainly found a home with Kay, her character in “Gold.”

“[The costumes] were wild,” Howard said from the red carpet of the film’s New York premiere, hosted by TWC-Dimension with Popular Mechanics and Wild Turkey Bourbon. “And really fun and really representative of the epitome of gaudiness in the Eighties, you know? When I came to set, I saw Matthew [McConaughey] with his belly and the shaved head and the teeth. I was like, ‘Fantastic, we can go further. My hair can be curlier, the boobs can be bigger, I can wear gold lamé a little bit more.’ It was great to be able to go further with the character and costumes is a great way to express that.”

Though she opted for a strapless black Preen by Thornton Bregazzi dress for the carpet, Howard admitted there was one item she’d want to steal from Kay’s closet: a pair of high-waisted Levi jeans. “I wouldn’t have the courage to wear the bra, but I wish I did,” she added.

McConaughey has made headlines so far for his drastic physical transformation for the film. He shaved part of his head and gained 47 pounds, mainly by downing home-cooked cheeseburgers. His new body drew laughs during the screening, most memorably via a shot of his naked backside. Nudity and cheeseburgers aside, there was one particular moment from filming that stuck with McConaughey: petting a tiger.

“Scary and a buzz,” he said of the experience. “The sweat on me in that scene is not fake. That was me. I was sweating in my boots because the trainer had said, ‘Look, everything should be OK, but he is a meat-eating mammal and he’s also very curious. If he lunges, I can’t stop the lunge, but I can get him off of you.’ I’m like, ‘None of that made me feel that secure about it.’ So anyway, I did my best Yoda to that tiger.”

Camila Alves attended the carpet in support of her husband wearing a tulle A-line gown by Marchesa in gold — naturally. After the screening, attendees headed to The Plaza Hotel Palm Court, where they were welcomed by themed cocktails like The Gold Fashioned and the Indonesian, named for the nation where much of the film takes place.