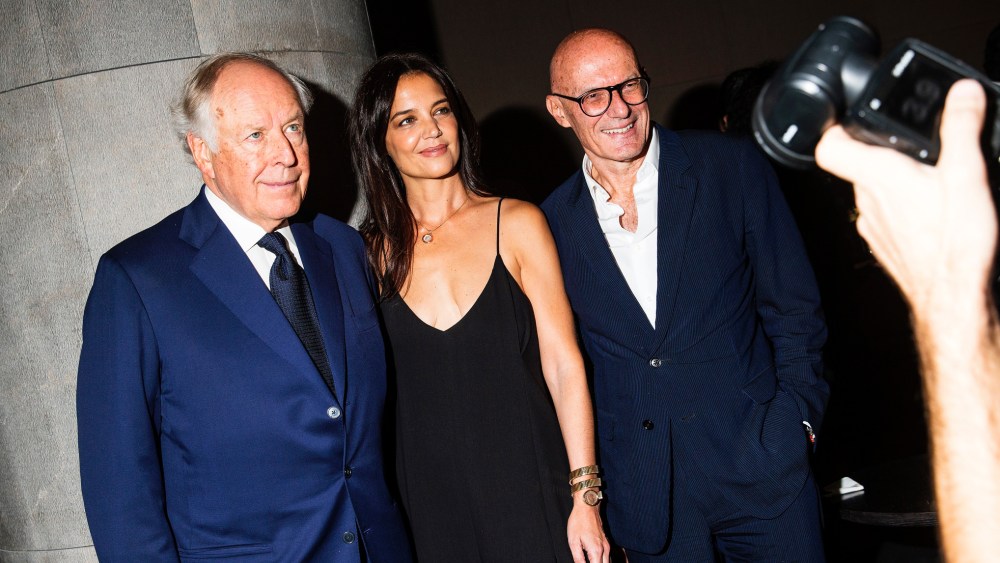 Bulgari is celebrating its golden anniversary — and what better way to mark the occasion than with a party at New York’s buzziest new club, which also happens to be just a block down from its Fifth Avenue flagship?

The Italian jewelry maison took over the intimate Aman Jazz Club “speakeasy” on Wednesday to toast 50 years in business with a crowd of the brand’s nearest and dearest supporters. Making their way down a set of stairs, guests were greeted by a case of limited-edition Bulgari pieces, available exclusively at the New York flagship, before stepping into the dim club.

Peter Marino, who several years ago redesigned the Bulgari flagship, chatted with Bulgari president of North America Hervé Perrot, who then led the architect by the hand to a VIP table where Nicola Bulgari was holding court. Katie Holmes arrived soon after, followed by “Black Panther” star Danai Gurira. “You caught me over-smiling,” said the actress, smiling as she was welcomed into the dim space by the flash of photography; seated, she gamely posed with her Bulgari wares strategically on view. Actress Leyna Bloom found a prime seat at a cocktail table located directly in front of the stage, where Brian Newman, a trumpet player and the venue’s creative director, led a lively jazz set.

Other guests included artist couple Arden Wohl and Jonah Freeman, Duckie Thot, Ivy Getty, Lucas Jagger, models Jacquelyn Jablonski and Olivia Ponton and a swath of stylists and editors including Marion Fasel and Lynn Yaeger, who cowrote Bulgari’s 50th anniversary book “B Is Bulgari.” The book’s title was also rendered into a specialty cocktail, served with a branded ice cube.

The evening’s festivities culminated with a performance by Dev Hynes, who was joined onstage by Ian Isiah and Eva Tonklin. DJ duo Angel + Dren were on deck to close out the evening.

While many in the room were lent jewels for the celebration, no guest was left empty-handed at the end of the night. Making their way up the orange-lit stairwell, which led back to 56th Street, guests were handed a Bulgari gift bag. A copy of “B Is for Bulgari” was tucked inside.