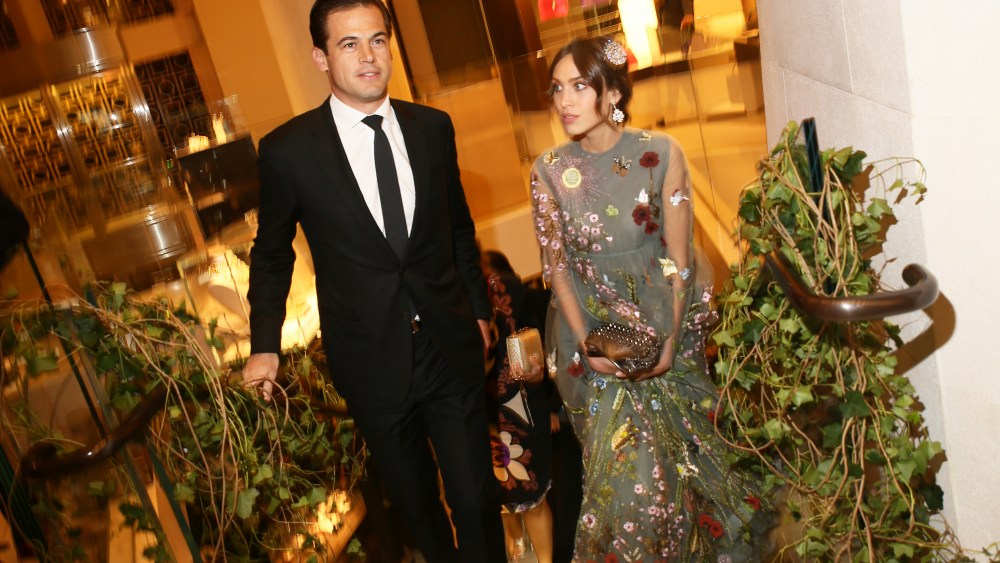 An invitation calling for a “bacchanal” is a tall order, particularly when the fashion-party-weary have just arrived home from Paris. But the social set — Lily Kwong, Jessica Hart, Cleo Wade, Lauren Remington Platt, Harley Viera Newton, et al. —  bucked up on Wednesday night. The occasion? The opening of “Bulgari & Rome: Eternal Inspiration,” a new exhibition of heritage finery from the brand’s archives on display in the Fifth Avenue store.

After eyeing the shiny baubles at the flagship, a winnowed down group headed further north to the James B. Duke House, a stony edifice on Fifth Avenue, for a Roman banquet. Flower-crowned guests roamed the marbled manse, filigreed in garland, tiled mosaics and flickering candles. Most settled on velvet chaises, comparing borrowed bling while a harpist strummed in a corner.

“It’s a broach that they let me sew into my hair,” Alexa Chung said of her Bulgari piece, acting as a barrette of sorts. It’s fashioned out of 36.3 carat diamonds. I was concerned about it dropping out, but now I’m concerned about how to get it out.”

Liv Tyler, the hostess of the evening, dripped in diamonds. “Aren’t they beautiful?” she said, clasping her Serpenti necklace. “They sent me an e-mail [asking what I’d like to wear] and I just wanted everything.”

“In the spirit of hospitality and generosity: bon appétit,” Bulgari North America President Daniel Paltridge told the room soon after partygoers sat for dinner, a feast of finger foods (sticking to custom, no silverware was provided). Guests grazed the spread of figs and antipasto and sipped from gold-etched chalices. “They were flown in from Venice,” Bettina Prentice said of the vessels.

After dessert — hunks of dark chocolate and berry accoutrements — guests clicked down the stairs to the street where Bulgari-hired drivers were waiting to whisk them home. Hart, Chung and other guests were stopped by Bulgari security before they hoped in their idling SUVs and asked to return their jewels. “I guess my Cinderella moment is over,” one sighed.