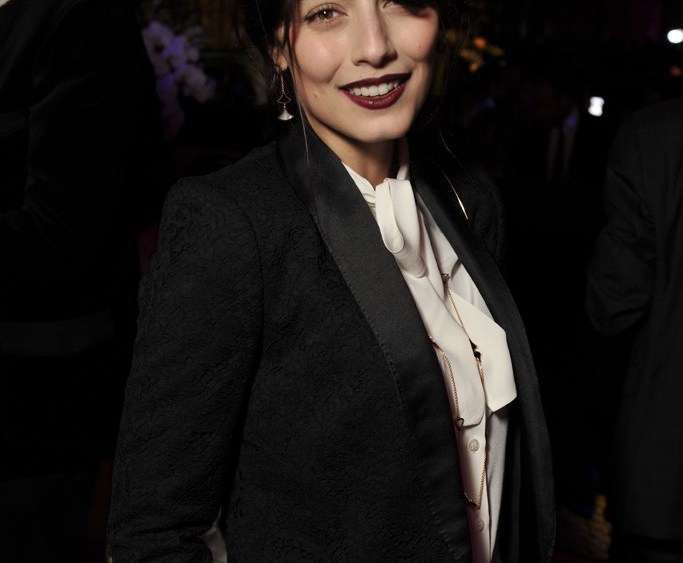 Every year, Bulgari caps Milan Fashion Week with a splashy party that attracts some of the leading ladies of Italian cinema. This year was no different.

It was an eclectic crowd at the jeweler’s hotel in Milan on Friday night. Actresses Alessandra Mastronardi, Giorgia Sinicorni and Giulia Bevilacqua were there, as were Valeria Golino and Alba Rohrwacher, who is coming off a banner 2014 after picking up a best actress award at the Venice Film Festival. The Israeli socialite Hofit Golan and Swedish model Victoria Silvstedt arrived late but just in time to ham it up for the cameras at the photo-call. Spinning in the DJ’s booth was an American, Mad Marj aka Marjorie Gubelmann.

Golino and Rohrwacher were catching up in the smokers’ corner outside; it turns out the two share an interest in directing. Rohrwacher just appeared in a short film her sister, Alice, directed for Miu Miu’s “Women’s Tales” series, and Golino is about to tackle writing her second feature film as director.

“It’s a love triangle that has also to do with a baby, with the desire of motherhood that obsesses everybody today,” Golino said.

Best known as one of the actresses in the Eighties American classic, “Rain Man,” Golino broke out as a filmmaker two years ago with “Honey,” which was commended by the jury of the Un Certain Regard section at the Cannes Film Festival. But she wondered if her follow-up would have as warm a reception?

“My first movie was good, very good. Maybe my next one won’t be. Making a good movie is hard,” she mused. Still, that’s the fun of it, isn’t it?

“When you make movies, it’s like a rollercoaster,” Golino continued. “You have senses of inadequacy. Sometimes, you’re like, ‘What am I going to do? What am I going to tell these people?’ And then there are moments when you’re right there and you say, ‘I know what this scene is about.’ It’s a very intense process, and sometimes it’s beautiful, and sometimes it’s not.”