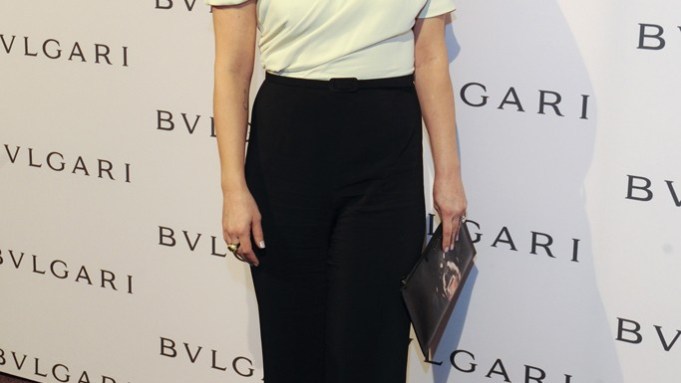 Bulgari stirred up memories of Old Hollywood Tuesday night by feting its recently acquired collection of (its own) jewelry once owned by Elizabeth Taylor. Royalty and starlets alike — from Prince Emanuele Filiberto di Savoia and Princess Clotilde Courau to Naomi Watts, Kirsten Dunst, Kate Walsh and Marisa Tomei — took in an exhibit that, as attendee Drew Barrymore put it, “made their pupils dilate.” The actress explained, “I think it’s amazing to see what she personally and Richard Burton curated for their lives. I think it’s about seeing a moment where they responded to something and purchased it.”

Dunst agreed. “She had such love of her treasured jewels, and they were given to her by Richard Burton whom she loved,” the actress said. “I think the marriage of that has not only the legacy of her passion for jewelry but of her relationship.” Although many were excited to see Taylor’s iconic emerald necklace and pendant, they had to wait for Julianne Moore’s arrival, as she wore it to the Roman-themed dinner party in honor of the jeweler’s new Beverly Hills location.