Carey Mulligan, Lily James and Naomi Scott were among the bejeweled guests that joined the celebrations for the new Serpenti Seduttori timepieces.

LONDON — Time is the ultimate luxury, especially during a fashion week.

“Sunday is traditionally dedicated to friends and family, and that’s why you are here tonight,” said Bulgari chief executive officer Jean-Christophe Babin, welcoming the glamorous and sparkling crowd.

Previewed at Baselworld this year, the timepiece collection made its official debut and was showcased in all its different iterations at the RoundHouse venue, which hosted the private dinner and following party that saw Ellie Goulding live performing and Heron Preston DJ-ing till late.

Hailing from the celebrations for the launch of her own fragrance line last week, Bulgari’s face Lily Aldridge was among the guests sporting the style, which she defined “bold and very classic.”

“For me it’s all about personality. Seduction is all about confidence and strength and being bold, and Serpenti represents that so well. And of course, the symbol of the snake is very powerful,” said the model, who will attend the Burberry show on Monday “to support Riccardo [Tisci] who I love so much.”

Conversely, Anne Cleveland has her agenda free for the rest of London Fashion Week. “I just finished theater, I did one year of Folies Bergère with Jean Paul Gautier. I became a dancer, I changed my skin!” she said, a wink to the Serpenti line.

“I really like that has a snake symbolism, an emblem of spirituality and development. As a snake changes its skin, it revives itself over and over again and I feel very connected to that because my mother and the women in my family have always revived themselves to be the best they can be, no matter what circumstances,” said Cleveland, alluding to Pat Cleveland’s recent surgery after a colon cancer diagnosis.

Conceived by the company’s director of watch design Fabrizio Buonamassa Stigliani, the Serpenti Seduttori line features a drop-shaped head inspired by the cult Serpenti Tubogas collection, but the new case is thinner and embellished with cabochon-cut gemstones. The style comes in rose, white and yellow gold, in addition to ultra-precious diamond pavé options as well as more approachable combinations of steel and rose gold. 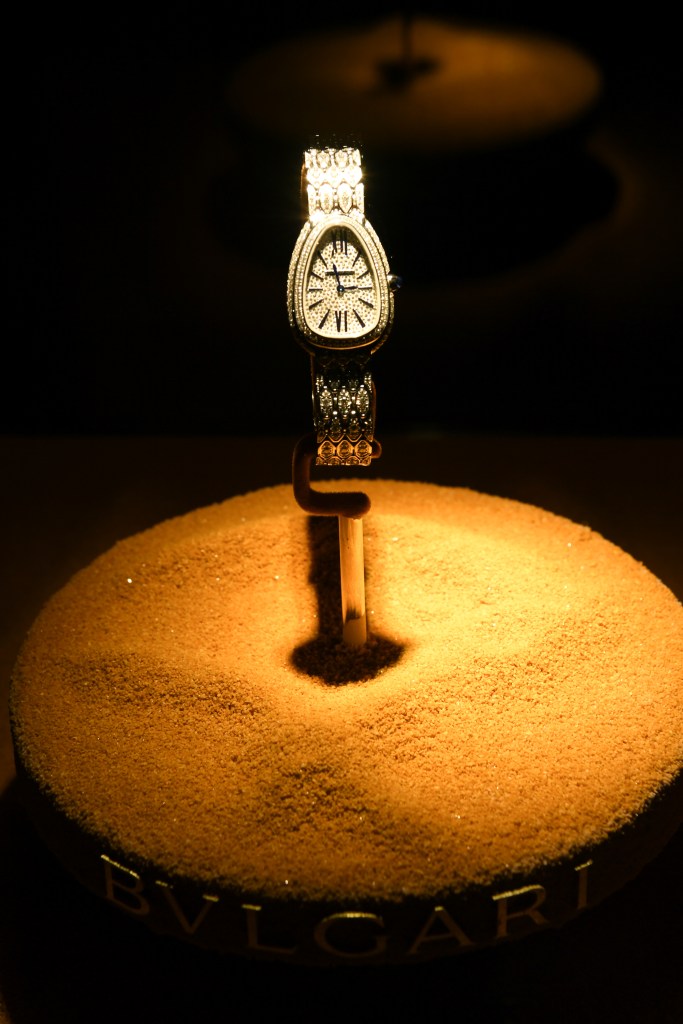 Babin said that due to its gold composition, the line targets a sightly more mature customer compared to the Serpenti twist project of customizable leather strap the company launched in 2017 to lure Millennials to the category.

Asked about the choice of launching the line in London, the executive said there’s a lot of talk “about China and Asia but we tend to forget that still today most of the luxury clients are European and American. Those two groups together possess the highest purchase power and assets in the world. The brand obviously looks East but the West is also very important as well… and we thought it was smart to [show the line] in one of the [key] European cities.” To wit, international top clients were also invited to join the party along with celebrities.

During the event, Babin additionally announced the appointment of Antoine Pin as Bulgari’s new managing director for the watch business unit, who succeeds Guido Terreni in the role. This marks a return of Pin to the company following a two year stint as executive vice president of Berluti. Previously, he was Bulgari’s managing director in Greater China. 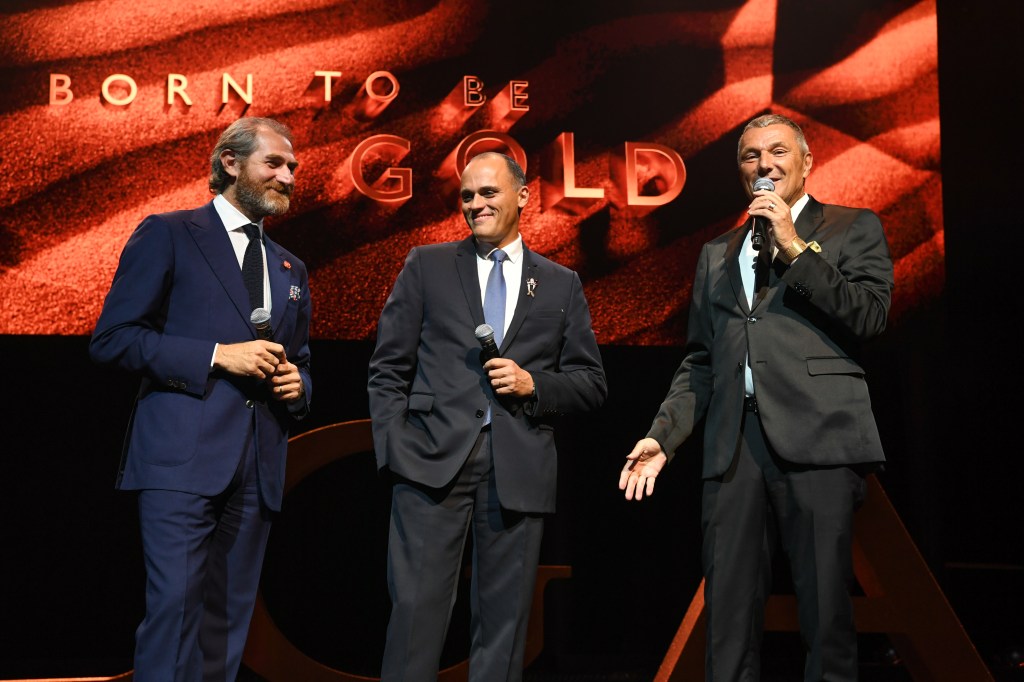 “It’s rather emotional to be back,” he said. “I’ve been away for two years and the luxury house that I see now is not the one I left: it has changed and become stronger, bolder and more charming, so it has changed skin without changing the soul. And that tells how much Serpenti symbolizes this brand.”