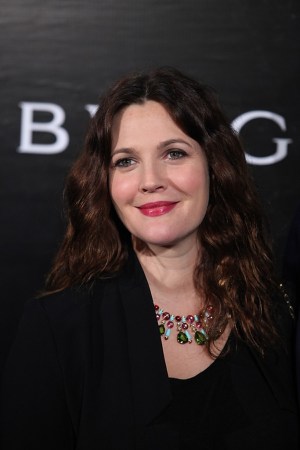 BEVERLY HILLS — “Happy Bulgari day,” shouted an audience member Wednesday night during the Rodeo Drive Walk of Style award ceremony, and it was. Beverly Hills Mayor William Brien declared the day — Dec. 5 — to be official Bulgari day in the city. It was a fitting distinction for the Italian jewelry brand that became the 20th recipient of the award feting contributions to fashion and entertainment, and joined the ranks of past honorees, including Tom Ford, Giorgio Armani, Edith Head, Diana Vreeland, Fred Hayman, Cartier and Manolo Blahnik.

The occasion prompted Kate Walsh, Drew Barrymore and Nicola Bulgari, vice chairman of Bulgari, who all spoke at the ceremony, to recount Bulgari’s Hollywood history that started in 1946 with the film “Il Bandito” and continued through movies such as “Cleopatra,” “Casino,” “Prêt-à-Porter” and “The Devil Wears Prada,” not to mention Bulgari’s many red-carpet appearances on actresses like Michelle Pfeiffer, Angelina Jolie, Charlize Theron and Anne Hathaway.

Nicola Bulgari told stories of celebrities frequenting Bulgari’s store in Rome, notably Elizabeth Taylor, who discovered Bulgari while making “Cleopatra.” “She came with both husbands,” laughed Bulgari. More seriously, he said, “Ever since I’ve been a boy, I’ve been mesmerized by the cinema.”

The award ceremony, which was attended by Lydia Hearst, Mary Elizabeth Winstead, Bella Heathcote, Ashley Madekwe, Christa B. Allen and Anne V, was a send-off of sorts for Bulgari’s longtime flagship at the corner of Wilshire Boulevard and Rodeo Drive. The brand recently moved to the former De Beers store at 401 North Rodeo Drive, shrouded its previous home in black fabric on the outside, and painted and carpeted it in black on the inside for the event to provide a stark backdrop for the jewelry that lined the walls encased in glass. Nicola Bulgari said, “It was a way of saying farewell to the store and inviting people to the new one.”