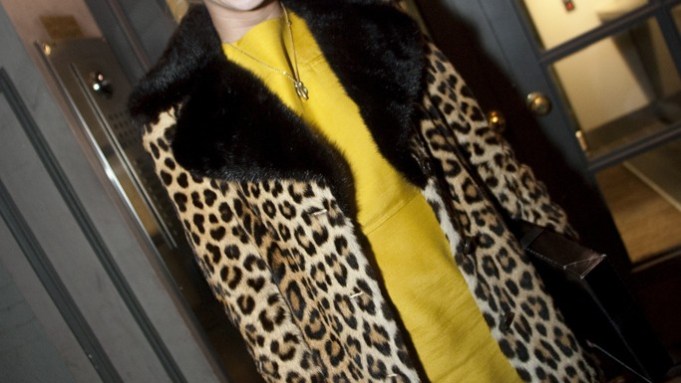 The setting was intimate and there was a palpable sense of amity in the air at a celebratory dinner and premiere of the Bullett magazine- and Reece Hudson-sponsored fashion film “Thirst” at Niko in Manhattan on Monday night, but there were some heavy topics on the table.

“Fashion, to me, is much more than clothing,” the short’s director Jenna Elizabeth mused. “It’s evocative of the times. We have a responsibility to provide higher standards, to portray women with strength and confidence, to show women who are not afraid to take up space, to own sexuality in a way that is commanding and not vulnerable. Chanel [Iman] to me embodied all of that cultural responsibility in fashion. She’s the archetype of strength and beauty.”

Annabelle Dexter-Jones, Genevieve Jones and Annabel Tollman joined a clutch of friends and supporters for the screening.

Iman, for her part, has found herself in a position common to young women in their early 20s — though on a grander scale.

In the film, Iman gets revenge on an erring lover with the aid of the bondage tape, rope ties, a cigarette and some rather severe-looking surgical instruments (all initially enclosed in Reece Hudson accessories). Femme fatale chops proven, is acting a move she’s considering?

“Yes. I’ve been taking lessons with a coach and been auditioning for a film role, which is really exciting and makes me so nervous….I’ve only ever auditioned for two things before, and it’s hard work. This was just so fun, I mean, I trust Jenna [Elizabeth], I love her work.”

Iman high-fived the director. Elizabeth laughed: “I taught [Iman] how to smoke cigarettes for the last scene, I was like, ‘I’m going to hell for this.’”