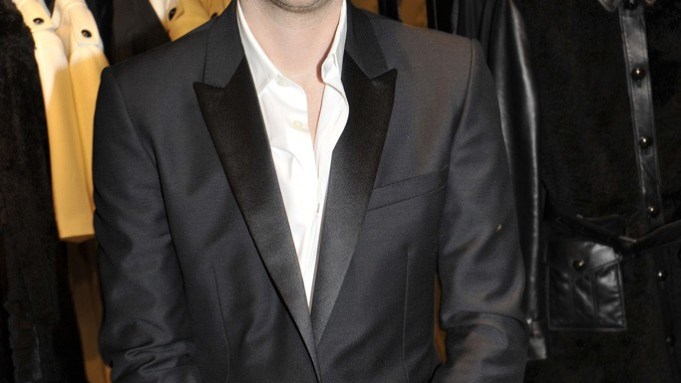 PARIS — “We feel safe, we feel at home and we’re on familiar territory in the middle of Paris,” Christopher Bailey declared Thursday night, flashing a big smile.

He was referring to Burberry’s new flagship store at 56 Rue du Faubourg Saint-Honoré, located across the street from the British Embassy, and a stone’s throw from the British ambassador’s residence.

With English pop music jangling in the background, Bailey hosted an intimate cocktail in the airy, high-tech boutique, which spans 10,000 square feet over four floors. It’s the largest and most up-to-date of Burberry’s three units in the French capital.

Features include what Burberry calls its “retail theater,” a video wall at the back of the store that can broadcast events being held elsewhere in the world, musical performances or Internet-related imagery.

Bailey, Burberry’s chief creative officer, said he spent a few hours in the boutique earlier in the day and was struck by the high level of sophistication of shoppers. “It’s in the blood of this city, luxury and fashion,” he enthused, also marveling at the spectacle of Paris at night. “It’s so beautifully lit,” he said.

“The store brings the best of our iconic British brand to this iconic Paris location, further amplifying our presence in the city as we begin to accelerate our investment in flagship locations around the world,” she said.

After the store cocktail, Bailey crossed the road to the ambassador’s residence, where Burberry constructed a giant tent in the garden for a live performance by British pop band The Feeling and a DJ set by Alexa Chung.

Among those making a beeline for the dance floor was Bailey’s co-host, Rosie Huntington-Whiteley, the face — and figure — of Burberry Body fragrance, who was poured into a striped dress from the spring collection.