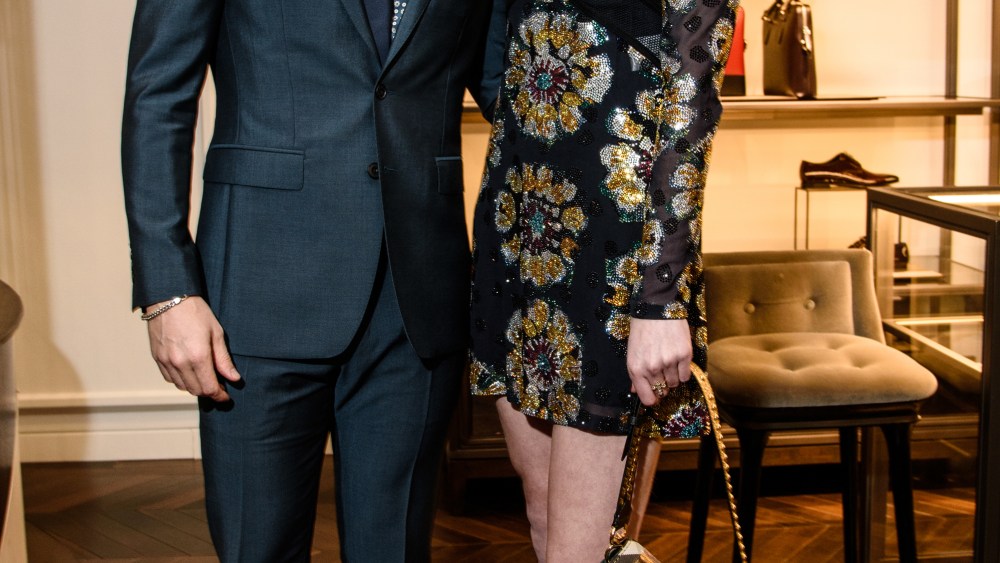 Guests included a seasoned actor on a hit show — Michael Kelly of “House of Cards” — and an assortment of emerging actors on buzzy series — Jake Lacy of “Girls,” Sam Heughan of “Outlander,” and Rami Malek of “Mr. Robot” — who are all inching their way into the limelight.

“It is very random and it’s very strange, but I love it,” said Heughan. The Scottish actor was referring to a new aspect of his job: hobnobbing and having his picture taken at fancy parties. “You start to build relationships and everyone I’ve met is so nice. You also get to wear a Burberry suit, which is probably the best part about it.”

Lacy is also new to the party circuit and earlier this year his private life became fodder for celebrity news outlets when he “revealed” he was secretly married in August.

“I think it just came up in discussion. I wasn’t like, ‘You’ve got the big scoop — Jake Lacy is married,'” said Lacy, who attended the event with his wife. “I don’t particularly like people knowing my personal business, but I had my ring on and someone asked and so I was like, ‘Yeah.'”

Although Lacy shies away from discussing his private life, he is enjoying another facet of fame: wearing better clothes.

“I mean, Burberry hooked it up tonight,” Lacy told WWD. “It’s nice leaving the house with confidence and not having to put something together myself and hope I don’t look like an idiot when I get there.”

Across the room was British model-actress Amber Anderson, who appears alongside musician Josh Whitehouse in the Mr. Burberry campaign, lensed by English director Steve McQueen. Anderson has become a go-to for Burberry — she opened and closed their fall 2015 runway show and has appeared in several of the brand’s fashion and beauty campaigns.

“I grew up in the U.K., I come from the middle of nowhere and my family isn’t very fashion-conscious,” said Anderson. “But because Burberry has such strong heritage it’s something you can really tell your family about and they really understand how much it means.”