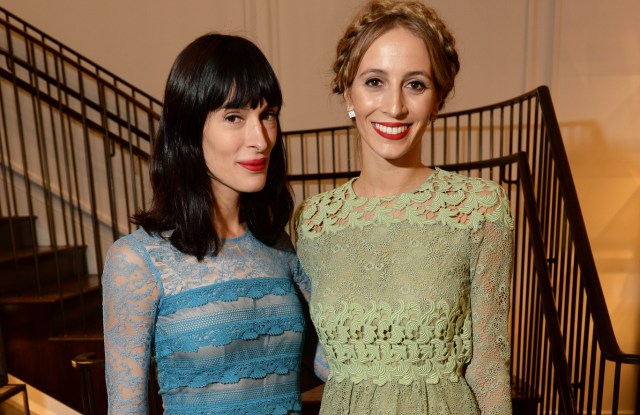 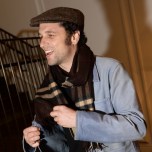 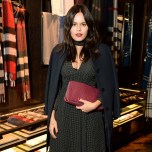 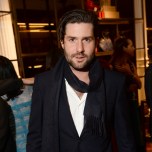 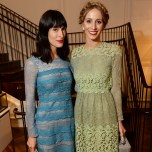 Though some are digging in their heels, it’s officially time to start thinking about holiday gift shopping.

On Wednesday night, Burberry opened its doors to a newly remodeled store on Spring Street in SoHo for an evening of Champagne, chocolate tarts and, yes, a peek at their holiday season gift offerings. A collection of socials about town including Chelsea Leyland, Leigh Lezark, Harley Viera-Newton, Phil Winser and Zen Freeman hosted the evening, which served as a housewarming of sorts for Burberry’s updated store. Matthew Rhys, Emma Greenwell, Misha Nonoo, Atlanta de Cadenet, Athena Calderone and more came to see the boutique, which is Burberry’s seventh in New York.

“I think that they make such a cute dress — this season in particular,” Lezark said of the brand, which, naturally, she was decked out in for the night. Though the store reopened in July, Wednesday’s bash was the first party thrown in the space, which is twice the size of the previous store and is modeled after the brand’s Regent Street location in London. The evening was timed for the beginning of holiday shopping season — something most definitely on the minds of retailers, but seemingly less so for the crowd. “No! I’m the worst when it comes to holiday shopping, I’m always so last minute,” Lezark said when asked if she’d begun her shopping. “But I did see their gift guide.”

“I think I became more of a fan just being a Brit in New York,” Leyland said of the English label. “They’re really good at picking out the Brits in New York — you have a little British family. Their whole company sort of works like one big family.”

Viera-Newton was fresh off a night in the audience at the Victoria’s Secret fashion show. “I’m recovering; it was fun,” she said. “They had these huge crazy wings, and they’re balancing, and there’s a lot going on,” she added of the models. “I had to work afterward at the Whitney Art Party — it’s the second time I’ve DJ’d there — it’s crazy, DJing at the Whitney.” Once her hosting duties were up she was beelining for a sushi dinner with pal Alison Chemla.

A few minutes past the 9 p.m. end time, “The Americans” actor Rhys dashed into the boutique, threw on the closest check-print scarf and posed for a few photos. Better late than never?