The movie premiered Wednesday night at the Paris Theater. 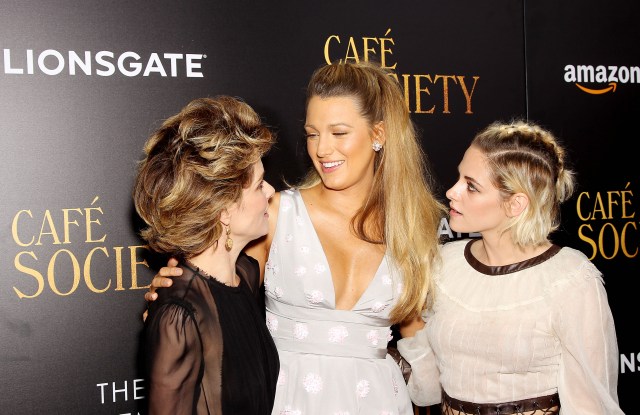 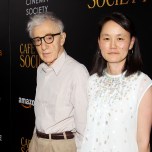 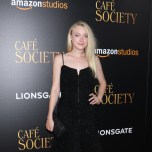 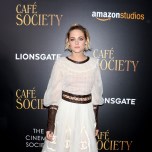 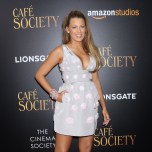 “That was the era where you’d go out at night and pop Champagne corks,” Woody Allen began to explain. “And go to nightclubs, and socialites and actresses and producers and politicians would all be at these supper clubs and nightclubs.” The director was reminiscing on the Café Society culture of the Thirties, the milieu for his latest film of the same name. He’d stepped out for the movie’s New York City premiere on Wednesday night at the Paris Theater, hosted by Amazon Studios, Lionsgate and Cinema Society, which was beginning to resemble his description.

“I’ve always felt period,” Posey declared on her affinity for her role in the film, before waving to a few women entering the theater. “See you at the Carlyle later,” she called out in a sultry voice.

Stewart walked by donning her typical edgy-romantic carpet look, this time a flowy white Chanel gown with leather accents, and briefly stopped to discuss Allen’s directorial style with reporters. “How little he directs considering how particular his films are. It really all goes into the writing — not to diminish his process, because I think there’s this intrinsic natural thing that just happens, and his faith in that process and how casual it is actually is what makes his movies so poignant.”

After the screening, the crowd leaked out of the theater to head uptown to the after party at the Carlyle Hotel, a difficult trek for Fanning as she was repeatedly mobbed by fans asking for selfies — requests she reluctantly agreed to despite her visible grimace.

A short while later, Fanning finally made her way into a corner booth at the party, where she hung out with Stewart. The leading lady had ditched her Chanel for a more casual (and very her) ensemble of ripped black jeans, leather jacket, sneakers and an orange beanie — a reminder that yes, the Café Society era is officially a thing of the past.